All our Rupertandbuckley Deals and Offers for December 2021

James Buckley Thorp has a Variety of Quality Socks and Clothing

James Buckley Thorp can't think of any better way to be successful. Every day, the people at Rupert and Buckley inspire him and they all work together as one team who are doing something truly fun! They make quality clothing and socks for everyone.

Up to 60% off on Clothings at Rupert and Buckley!

Are you looking to expand your wardrobe? well here is the perfect opportunity for that. If you want the latest in fashion, then check out Rupert & Buckley's selection. They have...Read more

Up To 60% Off on Clothings at Rupert and Buckley!

Are you looking to expand your wardrobe? well here is the perfect opportunity for that. If you want the latest in fashion, then check out Rupert & Buckley's selection. They have...Read more

You can get this Southpool Oxford Shirt In Rose reduced from £49.99 to £20.00. If you are looking for a branded shirt that gives you perfect comfort. Then Southpool oxford shirt...Read more
£20£49.99

You can get this Dittisham Jersey Vest In White reduced from £29.99 to £12.00. A casual lightweight vest in white with a frilled bottom is the perfect thing to wear this summer....Read more
£12£29.99

You can get this Southpool Oxford Shirt In Peony reduced from £49.99 to £20.00. A classic cotton oxford overdyed in our seasonal colour palette. This gives a washed casual feel....Read more
£20£49.99

You can get this Dittisham Jersey Vest In Night Grey reduced from £17.99 to £12.00. Soft lightweight jersey vest in Night Grey with a frilled bottom. Button-down placket and...Read more
£12£17.99

Up to 60% off Sale at Rupert and Buckley

Thinking about adding new casual clothes to your closet? Rupert and Buckley have brought you an amazing Sale on their high-fashion clothes collection! Here they have also stored...Read more

Free Socks When You Spend over £35

Free socks when you spend over £35 Just add the socks to your basket and the discount will be applied at the checkout. £35 spend excludes postage...Read more

Currently on sale for £6.25 but you can get them for free if your order is £35 (excluding postage) or above! Just add them to your basket and the discount will be applied at...Read more
FREE£12.50

3 for 2 on All Rupert and Buckley Clothing.

3 for 2 on all Rupert and Buckley Clothing until 10th June. (cheapest item free) Instore at Bath Durham and Chester As well as online at www.rupertandbuckley.com Free delivery...Read more

25% off the Boat Race Collection

25% OFF The Boat Race Collection...Read more 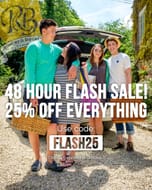 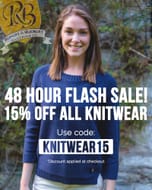 Use Cose KNITWEAR15 Discount applied at the checkout...Read more 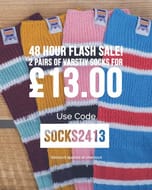 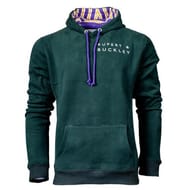 James Buckley Thorp had an idea about getting the team all in the same coloured socks, with the stripes of our college. Try as he might, he couldn't find the most simple pair of purple and yellow socks anywhere. Instead, he got a sock knitting machine from eBay and crafted 5 pairs of unique socks for the team. These got a lot of attention by the river. This is where he thought that if he were to make socks in all the different college colours, then not only rowers need to get them but other sports teams too.

Making socks seemed like such a simple and fun job at first. But after just one week, James Buckley Thorp had made around 600 pairs! It was great that people loved them so much because it allowed me to spend all night crafting their customized designs on each pair of footwear essentials.

The British are a people of great creativity and James Buckley Thorp wanted to create products that were modern but also reflected the history behind it. So when he graduated from university, moved into my godparents' barn with them because they had an extra room things started changing fast! They would wrap orders around their house as if they worked in some sort of factory; everyone pitched in together until there was barely any time left over for themselves or personal lives.

The first shop was opening in his hometown and James Buckley Thorp knew it would be a popular location. The city of Bath, Somerset is attractive to tourists because they can experience everything this brand has always stood for with its two million annual visitors from all over the world Rupert & Buckle's customers are more than just locals; they represent everyone who walks through their doors

The opening alone generated significant buzz within social media channels where people were excited about what they had planned: not only did their favorite designers now have an outlet right on British soil and close enough if anything happened.

When he does something that makes them happy and fulfilled, it's a wonder to see how successful things can be. With such joy in my heart for this company as well as our employees who also love what they're working on every day; together they have built one heck of an awesome team!

They maintain a daily email service between the hours of 9am until 5pm, Monday to Friday. You can Email them direct at contact@rupertandbuckley.com

For enquiries please see the below list of contacts.