Has Anyone Been to Spain or Spanish Islands Recently

I ask because OH has found a cheap holiday and are wondering about what and how you did the required tests before and while there prior to returning home.

lilyflower
a month ago
What do you think of this?

We have. We're double jabbed so didn't need anything to get into Spain, just the QR code from the NHS app confirming vaccination status. We bought lateral flow tests from Prenetics and took them with us. We did those tests 2 days before we flew home and submitted the results via their app and filled in the reference numbers on the pre departure forms. We ordered day 2 PCR tests from Randox using the Ryan Air discount while we were there and submitted the reference numbers with the pre flight forms then they were delivered to our house the day we got home. We did the PCR tests 2 days after we got home and dropped them off at a Randox drop box.

To be honest, it was a lot of paperwork and took over an hour to sort out the pre departure forms for coming back to the UK. They want PCR tests for coming back now too, it's optional to have lateral flow or PCR at the moment but I think they will change that to PCR only very soon.

ClaireF1978 Thank you so much. I was going round in circles regarding the test before returning home as to how the test was completed. Did you have to wear a mask on plane?

ClaireF1978 Ah, just wondering if it is all worth it, just when we retired early end of 2019 to travel 2020 OH is itching to get somewhere.

lilyflower yes definitely worth it. We found the Martin Lewis website is good for finding the best deals on covid tests and up to date info for the tests you need. The paperwork isn't straightforward so give yourself plenty of time to read through it. You can buy the tests there for coming back but the ones we got were a reasonable price so we just took them with us so we didn't have to worry about it.

Thank Leannexxx We've had both jabs and have letter confirming, was wondering how people went about doing the test prior to returning home.

Leannexxx £125 for one test! Does he still have to do another test before leaving?

Leannexxx Totally ridiculous paying an extra £250 for tests to go on holiday!

Leannexxx I know that but the public shouldn't be getting fleeced just go on holiday. Profiteering like that shouldn't happen in a pandemic but sadly nothing will happen as the people who can stop will have there fingers already in the pie

When did he have his second jab? You only count as being fully vaccinated when it's 14 days after the second jab.

Did you decide to book lilyflower?

We haven’t travelled to Spain yet, but have a timeshare in Gran Canaria. Lots of people have been posting about their travel experience. The biggest thing seems to be to print off copies of all your documents as well as having them on your phone. People were asked for copies of their vaccine records also. Your hotel should be able to advise you where to get your tests prior to coming home.

Give yourself lots of time at the airport as the process is taking much longer. The London airports seem to be the worst. The Northern ones not quite as bad, anecdotally. 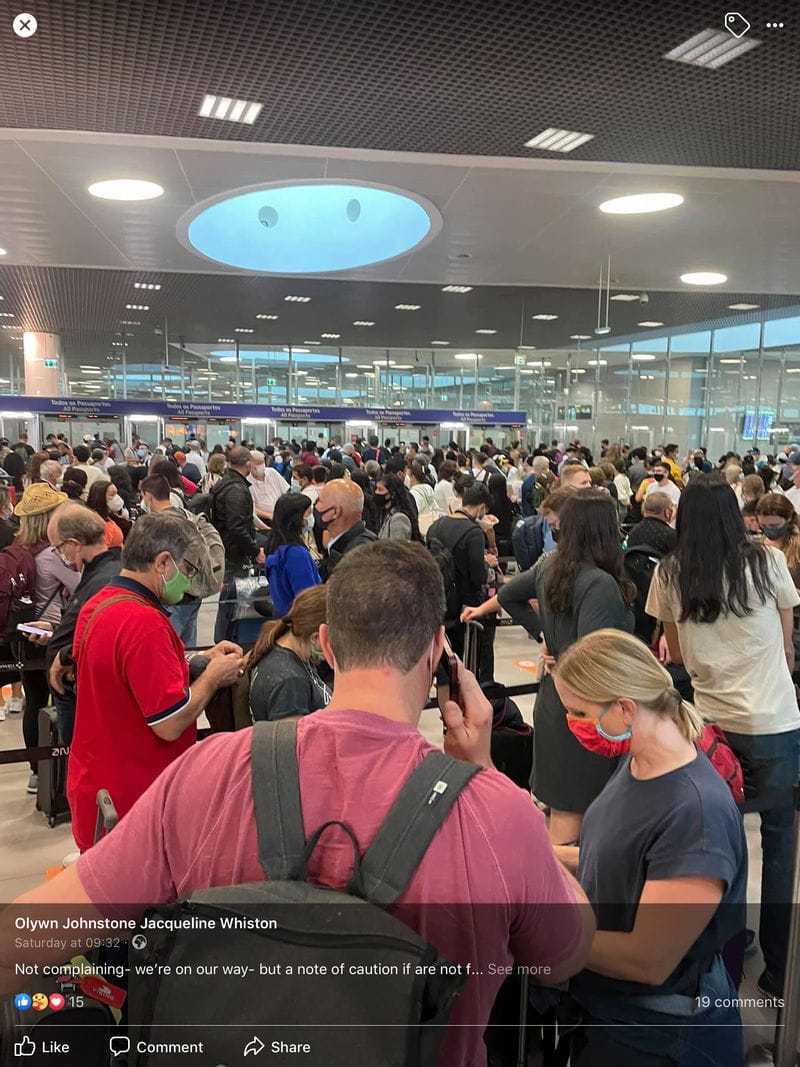 OH has anxiety issues and having to organise a test prior to coming home sent the levels through the roof yesterday. I want to relax not stress over him stressing about a test. One day

lilyflower hopefully travel restrictions will improve and you will get somewhere later in the year. The Canaries are warm all year round

Also, when flying for work during the past 18 months, I have found the disposable paper masks much more comfortable and cooler to wear for long periods than the cotton masks.