Just read about this other day. I am all for equal rights, but getting offended and asking to censor a 30 year old song is very silly and childish in my opinion. Due to political correctness, people are getting offended over the smallest of things nowadays. In fact, I wouldn't be surprised if some of these complainers were the same ones who complained about David Beckham kissing his daughter on the lips.

RegularComper90
2 years ago
What do you think of this?

A faggot is a type of meatball, it is also a lump of combustible material for burning. Often used to burn witches at the stake. Like many words it has been taken and used for another meaning. No one seems to have a gay time any more and as for queer it is now widely exchanged for weird or strange. However, as far as I know the N word has never been used as anything other than a racial slur so the two bear no comparison.

Lol, can't even use it in the context of a meatball without it being censored.

There's two types of the n-word which people (mostly in US) call it in the same sense as buddies, dudes, friends while the other is considered a racial offense. The non-offensive version is often used by Africans, Europeans, Asians, etc in US.

The internet has come up with a replacement for the n-word, nibba.

The "N Word" wasn't always a racial slur - it has only comparatively recently become unacceptable (unless used by a black person). When I was younger it was often a name given to black cats and dogs and was used as a shade of brown.

This would cause a bit of a fuss now: 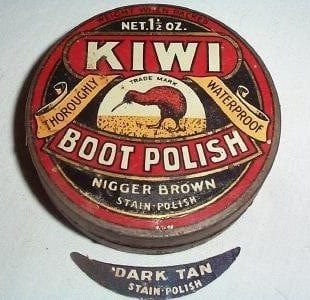 As a woman i find it disgraceful that Rose McGowan who started all this apparently asked Scumbag Weinstein for 5 million pounds - he offered her 2 million so she started the metoo thing because she didnt get what she wanted and I bet most of you dont even know this is the actual truth of things - most of these metoo women havent a clue about this - it makes women look just like what they are calling them - selling themselves for a few million pounds.

I read recently that a pork factory in Devon that had been around for 50 years was closed because it was too close to a mosque - cmon this is madness!

Pandering to the minorities seems to be unstoppable - if its not the gays its the lgbt brigade or the race card wavers like that horrible woman Diane Abbott who is a racist herself - madness - this doesnt happen where i come from - thankfully we are not pc in the least!

You have to ask yourself who these "campaginers" are - probably 2 or 3 lesbian, vegetarian, one legged psychos sitting in front of their pc getting annoyed at the world because they are sad , single , .lonely sadbags! Thats probably closest to the truth.

So you're saying like, you're not a fan of the Modern and Progressive World we live in? Don't let the UN and EU read that or they may arrest you.

Rockman Come to Slovakia or Poland your mind would be blown - we arent afraid to confront the issues and laugh at political correctness.

My kids are in their 40s but remember me serving these with mash and peas when they were nippers lol.

I would be against any censoring of the lyrics to appease the few people that really get offended by this. Although, chances are you'll be hearing the track a lot less now on the radio. Most stations will want to avoid controversy, so are likely to secretly blacklist the song.

In America they have banned 'Baby it's Cold Outside' as some woman is saying it is equivalent to date rape type lyrics!

Ooh hope these campaigners never listen to Puff the magic Dragon. As Terry wogan was fond of saying, some people sit around looking to be offended so they can complain about it.

Not surprised. Everyone now gets offended over anything and everything.

I once bought this below from Farmfoods but it had such an awful, vile, undescribable taste I just couldn't eat it. 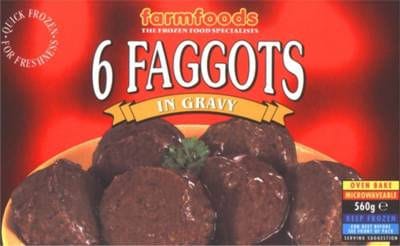 If Farmfoods was available in America they'd have already been sued.

Also, in the old English days, the word gay used to mean happy, wonderful, joyous, beautiful and that's how back then people and publishers called Audrey Hepburn's Breakfast at Tiffany's. The gayest movie of the summer.

I used to sing an old Jim Reeves song called "Partners" it started:

Two partners went in search of gold... as friendly as could be.

One was young and one was old,

And the GAY young fool was me.

I had to change that last line to:

But it was a bit too late for Jim - he was stuck with it:

People are offended by anything and everything these days. I saw in a group the other day that Periods apparently should not be called womens or girls problems but should be called peoples problems because men can have them as well.

Periods apparently should not be called womens or girls problems but should be called peoples problems because men can have them as well.

That's worth of being preserved on Reddit for comedy's sake.

I suppose "periods" should be classed as men's problems - we can suffer from them too.

(and PMT is even worse for us)

Well my boyfriend does suffer from it - GMT.