Carrots Cause Chaos at Aldi!

Look How Bad The Aldi Website Is At The Moment, I was Shocked! Is this all because of the plush toys? 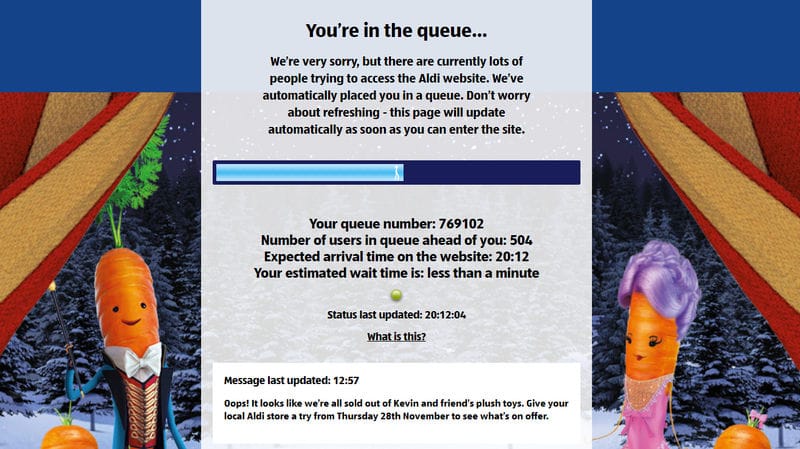 JoTarpley
6 months ago
What do you think of this?

I don't really get the appeal of the kevin the carrot toy. I like the ad on tv but don't get why you would want a carrot cuddly toy, which presumably you wouldn't want the next year as you would need to buy the newer version.

Sold out again in no time on Sunday, not sure of the appeal now as these have been around for the past four years anyway. It would appear that Aldi deliberately under stock this item , as after four year you think they would get their stock levels right .

yeah I am totally baffled by the appeal with these and agree I think it is done just to try and perpetuate hype but whatever you enjoy I guess....

I get that they’re trying to encourage children to eat healthily, but does this not do the opposite? would children not start saying “I don’t want to eat Kevin!”

I really don't get why I'm meant to love kevin the carrot. The name kevin reminds me of a disaster I had about 12 years ago when I had a crush on a guy called Kevin. Let's just say it didn't end well and I still get embarassed to this day thinking about my attempts to impress him.

OMG I'm crying with laughter at that one ShellyAnn

I really don't mind if you want to expand on the story, the weather is sooo miserable, it would cheer us all up!! x

ShellyAnn I totally agree with JoTarpley. Fed up hearing about flipping Kevin the carrot but your Kevin story sounds much more intriguing, come on cheer us all up

Janhrrs and JoTarpley let's just say he turned out not to be interested in me really as he was in the closet and a cross dresser. I caught him online selling his old women's clothing (including thigh high leather knee length boots) and exchanging messages with a man in liverpool who was praising the size of his *ahem* member. Another good one....

that is hilarious, I thought things like that only happened to me

. Hope you've met a good one now, no more frogs!

that story is better than I could have possibly hope for, you told it brilliantly and I howled out loud with tears running down my cheeks and I'm so so sorry you had such an awful experience but it is incredibly funny!!!

JoTarpley & Janhrrs and you know what, Kevin had a brother, who was just beautiful and totally out of my league and really it was the brother I liked the best. he was everything Kevin was not including straight, not a cross dresser and tall. I once had a window of opportunity with the brother one night but because I thought he was dating someone I didn't go for it. I found out afterwards he was single. Then he did meet someone, so I ended up trying for Kevin instead.... and now every time I hear the name Kevin I think of him and those black leather boots.. 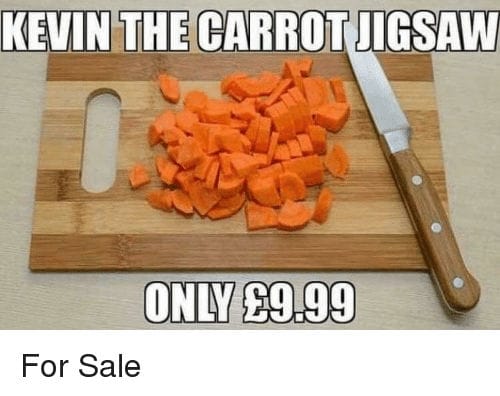 How sad is that!? I guess the moral of the story is 'don't go for 2nd best, you'll never know what you'll get!!'

JoTarpley I haven't been in contact with Kevin for years now. I heard through the grapevine his brother got married. Kevin still hasn't come out to family the last I knew and is a 'bachelor'. Don't know if he still likes leather boots.

JoTarpley You sure you don't secretly write for a tabloid? (what a headline

) The ads amuse me but I think the world has gone crazy over a cuddly vegetable....

Glad you liked it ange, it just came naturally

! I know exactly what you mean about the veggies though, this country suddenly cottons onto something and then they just get obsessed