My son told me he watched a woman in a supermarket help herself to 3 bags full of groceries from the food bank donations, and not one member of staff stopped her.

Friend bought handbag on fb market as seller said money was going to charity. I felt very cynical as anyone can say that to increase their sales.

We hear of huge salaries paid to charity organisers and I have personal experience of someone collecting and then taking their pick of the best stuff intended for charity.

How can we guarantee our donations go where intended? I would hazard a guess that we can't.

Lynibis
25 days ago
What do you think of this?

You're correct we can't

i had the misfortune of working with someone who boasted that his 'mate' worked in a charity shop and supplied him with trainers, clothes etc etc. I had no idea which charity shop it was but since then ive only ever given to the major ones

I don't trust any of them any more. None of them are totally transparent and many have covered up things that would normally mean the end of an organisation. I've also been stunned by the amount of those plastic bags, asking to be filled with good,s coming through the letterbox since March. They are the absolute worst for donating a pittance to charity and keeping the lion's share.

There is a woman local to me who is collecting loads of stuff for charity. Some of it she is selling to raise funds, other stuff is being donated directly. I am very suspicious of her. I've given a few things away for free recently and everytime she has been wanting them, someone else has always beaten her to it, but I have tried to buy things from her for my son and she has been very rude and I have heard bad things from other people, so I would not give stuff to her. I would rather donate the items directly to the hospital charity, which I've done a lot of over the years.

It does seem like a bit of a scam. As a charity it seems you can have much reduced costs and a lot more goodwill towards you but in fact it can make more sense to run a commercial company as a charity and perhaps lets say donate 5% of income to your cause. If you look at the image below one charity only spends 1% of income on the cause they support. If you were running a secondhand shop where you had to pay for items that would be a lot of costs but make that shop instead a charity and people will give you items for free and there is nothing to stop you buying items as well where necessary as many charities also sell new items they have to pay for. You could trawl auctions etc. You could also say 100% of profits go to the cause but of course that would be net profits after wages etc and you could pay yourself a high wage with bonuses and give yourself a company car. There may even be tax benefits from running your charity at a loss so your charitable obligations are zero and you can still pay yourself a good wage. I'm sure there are many people that started a charity with good intentions but decided to start paying themselves more and more. Many members of parliament claim to have high morals but when it came to expenses members from all parties were abusing the system a few years ago.

I was in a charity shop once and a woman bought in a load of old books for them plus a home made cake for the staff to have with their tea. You wouldn't see that happen in cash converters.

Generally I give stuff to charity that I can't sell myself or would be too time consuming as just too low value. I obviously hope this benefit's the cause the charity supports but have no real idea what percentage goes to the cause but I don't know if what I give is even used. It could end up in a skip if they don't deem it good enough to sell. 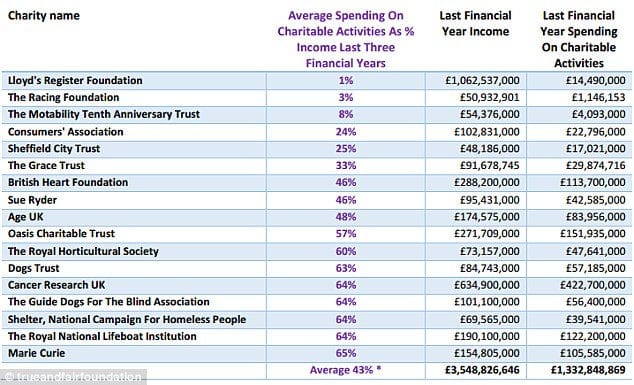 You can search for charities on the link below to see how they fair. I searched for 'cats protection' to see how they fair. Generally it looks ok but there are 2 people on wages over 100k which I feel is excessive for a charity. I think 30-40% costs is not unfair I mean many commercial businesses have a tiny profit margin. The fact many charities can return up to 60-70% to their cause I would say was very good. 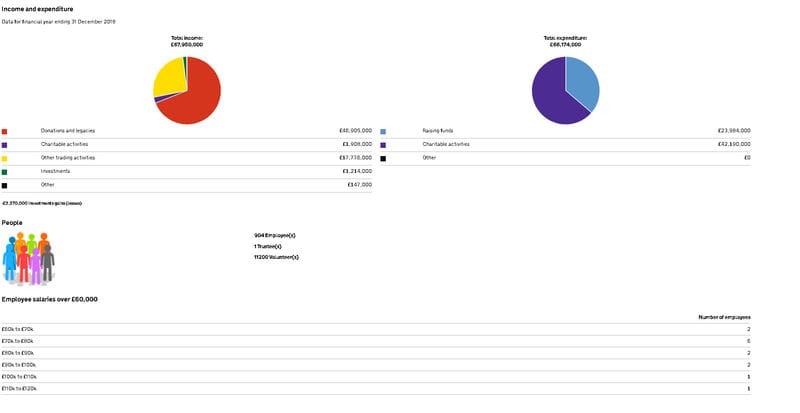 I agree, every altruistic endevour can be open to abuse Lynibis. I know from experience having worked for a charity! That said, charities can do great work in supporting the sick and vulnerable in society. MacMillan for example.

In relation to donating things, giving directly to places such as Women’s Refuges or The Children’s Society ensures that the clothing or whatever will go straight to those in need.

Many years ago my husband ran the New York marathon completely funded by ourselves raising money for cancer charity. Lots of people do these sporting event funded by the charities including flights, hotels etc. I will only sponsor someone if I know they are paying for it themselves.

Local charity shop has all older staff i do belive you could trust them with your life they might not all be like that but if you check them out you get a feel for the people find the one you feel best about and don't let a few lousy people stop your giving nature.