You know, the one , where all the stuff keeps going over the neighbours fence , the last bit the ball hits the greenhouse and mr thompson is starting to get annoyed

Then it cuts from winter to summer and hes in the garden, and a bar of cadburys flies over the fence

Oh if only that happened in reality

Yes he might get something brown over his fence , but it definitely wouldn't be a bar of cadburys

Picture the real life scenario if the law came to the UK , after hours of the ball being kicked against Mr thompsons fence he grabs it when it comes over

''Oi you miserable old g@t , give us our ball back !'' shouts one of the lads

He punctures the ball and puts it in the dustbin

When Mr Thompson comes back he finds his garden shed open and all his tools gone , including the mower

He calls the police but nobody turns up , as they do

When one of the neighbours tells Mr Thompson she saw the boys climbing over his fence he thinks, '' Thats it, i've got them''

So he is off down the police station with the info

The police come and interview the boys and they admit climbing over the fence, but only to get their ball back which they found Mr thompson had criminally damaged but know nothing about a break in

The boys, who know the law off by hand, quote to the police the new law, section 7 of the trespassing act , they are entitled to go on private property to retrieve their ball if the neighbour is out

The police confirm this to Mr Thompson and tell him he hasnt a leg to stand on , and he must pay the boys for a new ball

The moral of the story , there may be more than a glass and a half of milk in every bar, but while you are in the bar some thieving @cumbags will be having you over

Friend of mine had some tenancy problems with the council and Pummeled them with Edward Coke .Handy thing knowing the law at times but it can be an ass. 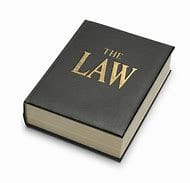 That doesn't seem right to me. I don't think people should be able to go onto another person's property without their permission.

angelik I agree I would play hell with them

Ann1984 Lets just hope it stays in belgium A , otherwise there will be a lot of balls being kicked over fences , not to mention the pets

You will have burglars carrying balls around just in case they are caught in the garden.

Exactly S, then they will have an excuse for sneaking around your property to steal

Lets hope the UK have more sense than to follow belgium, but i wouldnt hold my breath

They would probably have your princess under their coats, the first thing they would take , its rampant now in the UK