If you’re currently eating a tin of shortbread, take a second look at it, because you might be able to turn it into an amazing festive decoration like this savvy mum.

Stacey, a receptionist, shared a video of her creation to the Latest Deals, Extreme Couponing & Bargains Group, writing: "I picked up the musical shortbread Christmas tree from Mark's and Spencer today for £5. I added in some battery operated fairy lights inside and it looks amazing!”

Stacey’s post immediately went viral on the bargain-hunting group, with over 900 likes and 150 comments congratulating her on her creation.

Stacey, who is mum to four-year-old son Cameron, told LatestDeals.co.uk: "I actually saw these shortbread biscuit tins last year in Marks and Spencer, but when I went back to buy some for childminders' gifts they were all sold out.

"I kept stalking M&S this year hoping they'd sell them again and they did! I loved that they were musical and had shortbread inside, plus even better that they're so unusual looking and they're only £5.”

Stacey soon figured out a way to make the £5 tin even more festive.

“When I got it home and opened it up to lift out the shortbread to have with a cuppa, I noticed the tree has little holes all over,” Stacey explained. "I thought it would look really festive with a battery-operated light inside!

"Luckily I had some battery operated fairy lights at home already that were previously inside a decorative vase so I switched them on and popped them inside the tin. The light peeks through the little holes and it almost seems like the tree is sparkling!

"When you turn the base to make the tin play its tune of jingle bells the tree actually rotates so it looks even more festive and magical. My son has actually stolen it and now keeps it in his room as a nightlight!”

Stacey is delighted with her creation and is planning to keep using it in the future.

"I'm so so pleased with it, it's not just a biscuit tin, but a Christmas decoration I can now use year after year,” she added. "Plus the shortbread trees are super tasty! The tree can only be bought in store and the lights can be bought for a few quid online, but I'm sure the likes of Poundland would have similar!”

Tom Church, co-founder of LatestDeals.co.uk, says: “This is such a cool all-singing, all-dancing Christmas decoration - and it’s so easy to copy! Fairy lights can make everything festive, and best of all when copying this trick is that you get to eat some pretty delicious shortbread too."

What to read next?

What a great idea, I love anything that can be improved by using

lights will definitely be looking for one of these 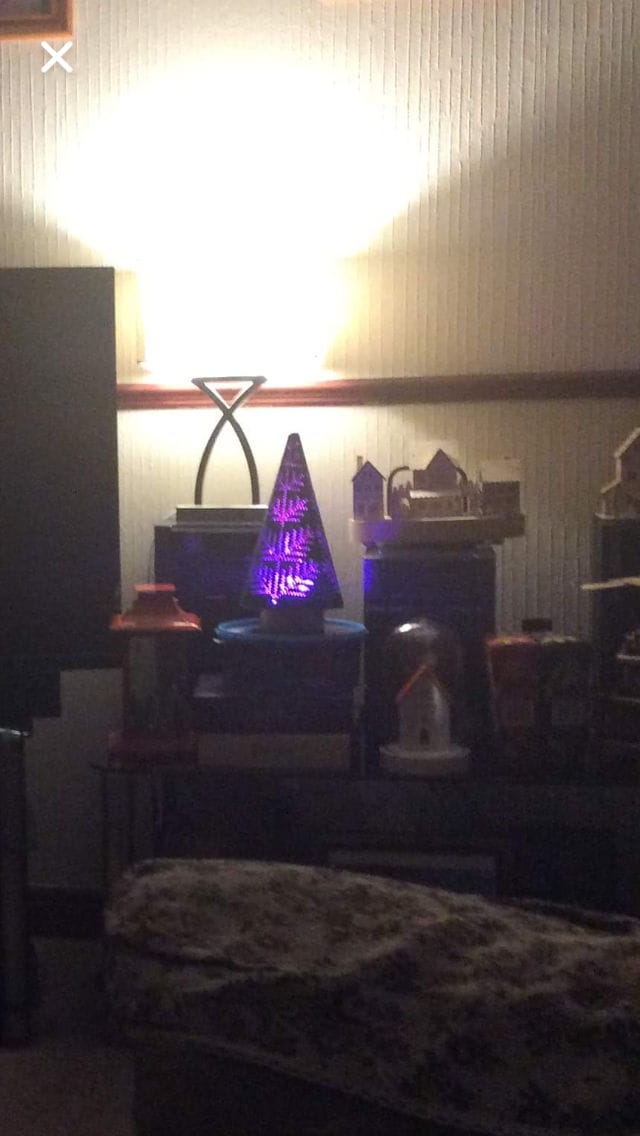 Did this for my mum with her tin