Can You Post a Gif from Latest Deals App? + New Updates

We have begun to roll out a new update to the Latest Deals app.

Amongst many of the improvements should be the ability to post a gif in the comments.

In a documentary with Sir Bradley Wiggins, it was asked how he led the British cycling team to over eight Olympic medals. He revealed it was not one single thing, but a hundred 1% improvements. Combined, these 1% improvements became 100%, and that is how we've approached the Latest Deals app.

We hope you enjoy it and any feedback, bugs, or problems is very much encouraged and welcomed!

Tom
Founder
3 months ago
What do you think of this?

Haha great - thank you for testing it!

Awesome! Thank you for confirming that it works for you

Wahey! Thank you MrsCraig appreciate you taking the time to test it for me

Fantastic, thank you for trying it out! 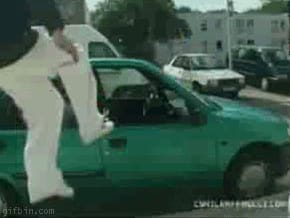 I get the feeling gifs are all working well on latest deals.

Good to see the new gif option in the app is working well!

I wrote up a nitty gritty list of most of the updates for anyone particularly bored and/or curious!