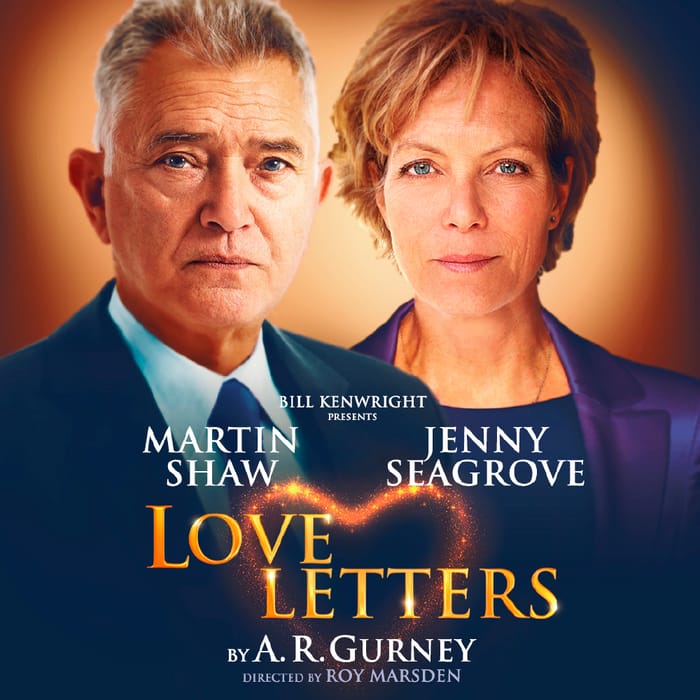 Shared by angelik
2 months ago
Comment
Save competition
2 comments

Love Letters is the tender, tragi-comic story of the shared nostalgia, missed opportunities, and deep closeness of two lifelong, complicated friends. A play that could have been written for the Covid era about two people physically separated yet brought together by candid communication and shared confidences, a romance blossoming across the miles and the years.

Tickets are valid until 31st January 2021 only. Subject to availability. Prize is as stated and cannot be transferred or exchanged. No cash alternative will be offered.

For your chance to win a of Band A tickets to see LOVE LETTERS at THEATRE ROYAL HAYMARKET in London’s West End; simply answer the question below:

Which TV series did Martin Shaw star with Jenny Seagrove in?

Theatretickets
What do you think of this competition?