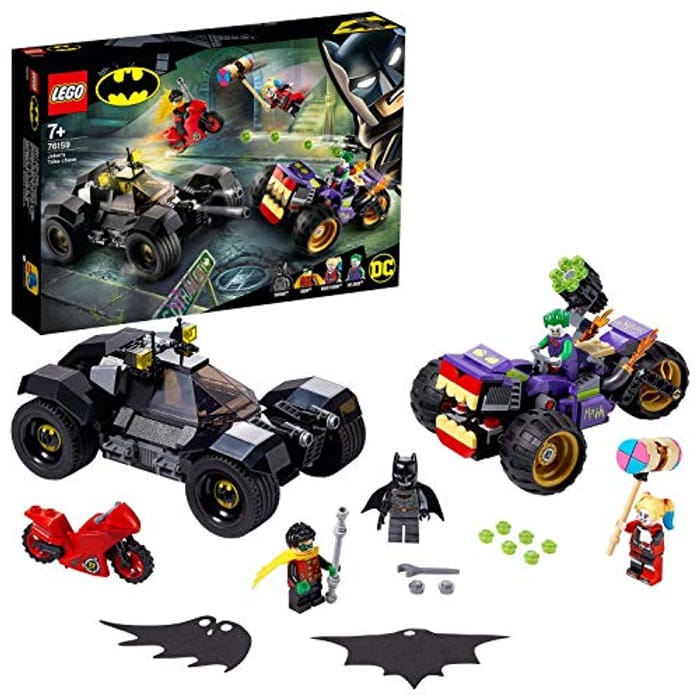 Batmobile has opening cockpit and hood, plus 2 stud shooters at the front, but Joker's 3-wheeler shoots forwards & backwards as well

Includes 4 LEGO minifigures: Batman with spreadable cape- wings, Robin with fabric cape, THE JOKER and Harley Quinn with her hammer

Whether youngsters are fans of DC Comics, RC cars or Batmobile toys, this LEGO Batman playset is an awesome gift for kids aged 7 and up

Perfect..was looking for a birthday gift for grandson. Just ordered. Thank you for sharing

Awesome deal thanks for sharing

I am a grown man and I would still love to get one of these. Great deal

Really nice price for a really cool LEGO set! Thanks a lot for sharing this amazing deal...