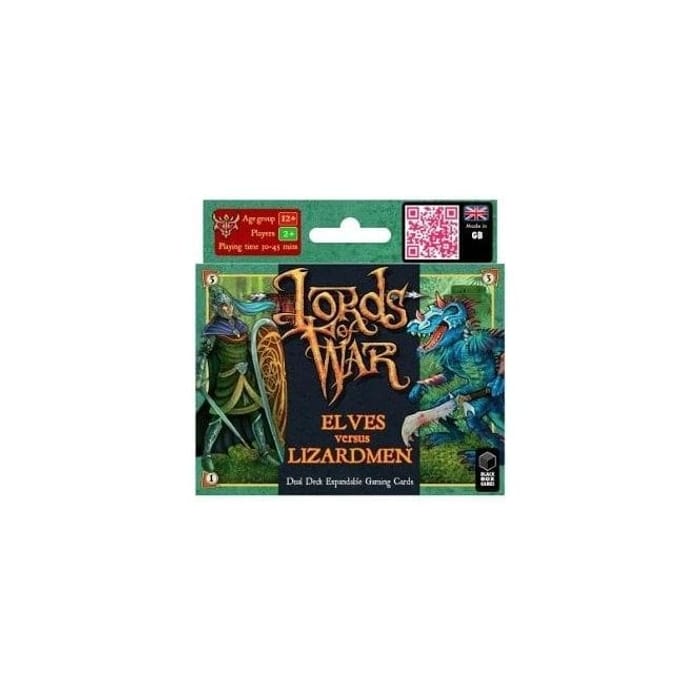 Available from Chaoscards
£3£12.95
3 people like this deal
Get Deal

Like its predecessor Lords of War: Orcs versus Dwarves, Lords of War: Elves versus Lizardmen is a dual-deck strategic card game for two-plus players. It won the UK Games Expo Award for Best Strategic Card Game in 2013, the year of its release.

The game is cross-compatible with Orcs versus Dwarves and Templars versus Undead, meaning that all the Lords of War armies can be used to battle one another. The armies can also be blended together, using a strict Ranking System, to create Mercenary decks for tournament play.

The factions in this deck are the Elves, which feature strong cavalry units and archers but a relatively weak infantry, and the Lizardmen, who are the most flexible Lords of War army and are best used to disrupt and counter enemy attack strategies.

These armies also features new and deadly type of Berserker Units, the Elven Puresoul and Cruor Sacrifice, both of which are capable of achieving Chain Eliminations in diagonal formations across the board.