Paw Patrol My Size Lookout Tower Toy is £99.99 at Amazon, saving £10 off the RRP 109.99, with free delivery. The Paw Patrol 6040102 My Size Lookout Tower is sure to be on loads of Christmas 2017 wish lists, and one of this year's hottest toys. It's already on the Amazon US Top 100. If your kids love Paw Patrol and you want one for Christmas it's probably worth getting it early. A super toy - not cheap though eh?! 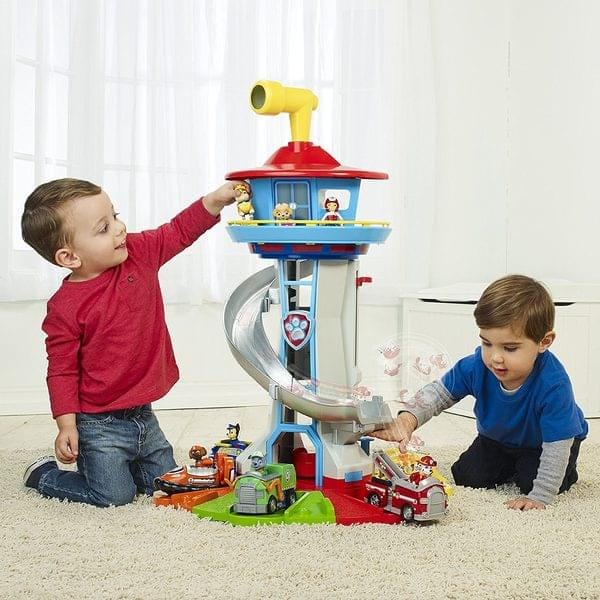 Paw Patrol to the rescue!

The Paw Patrol 6040102 My Size Lookout Tower stands at an impressive 2 1/2 feet tall - the perfect vantage point for your child to watch over the city.

Use the rotating periscope at the top of the tower to do a visual sweep of adventure bay. When you spot something use the buttons on the tower to activate lights and authentic sounds from the show.

Push the icons on the interactive pup pad and hear each pup weigh in with their signature phrase. When it’s time to leap into action, put Chase on the case and send him speeding down the tower's slide. The unique flip feature on the slider end shoots him up into the air, then straight into his police truck – available exclusively with this set.

With Chase in his truck, use the rotating vehicle launcher at the towers base to aim and shoot him straight into the action.

Marshall is ready for a ruff, ruff, rescue! Send him from top to bottom in seconds with the working lift. Once you snap on his pup pack, he'll be ready for anything.

Paw Patrol to the rescue! 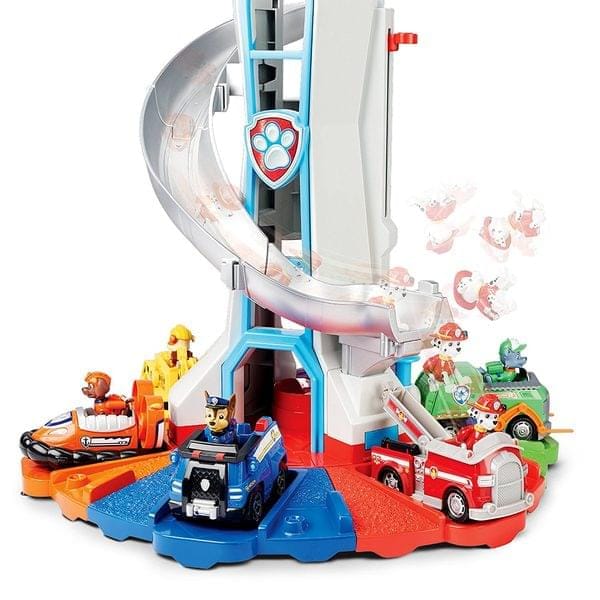 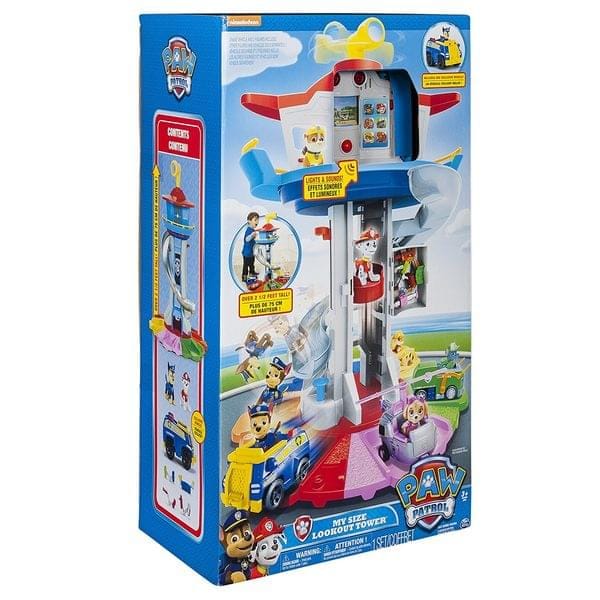 Dispatched from and sold by Amazon. Gift-wrap available.