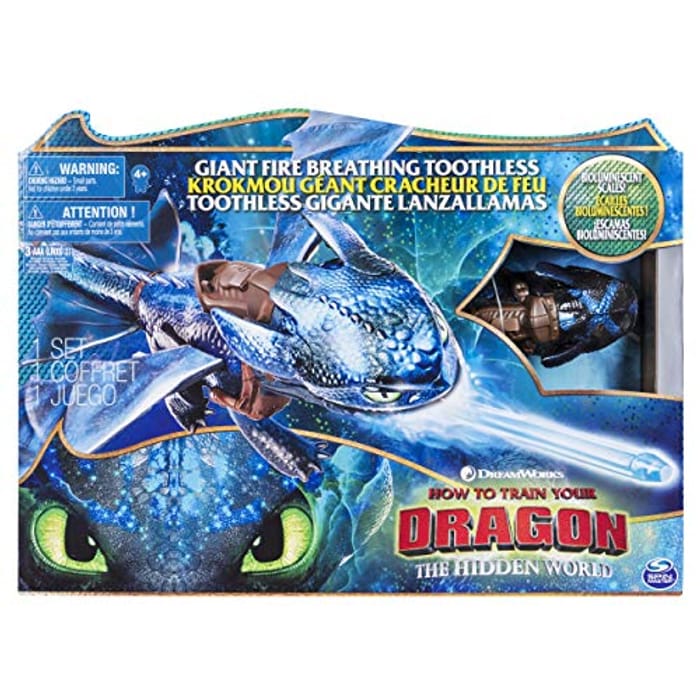 Launh glow-in-dark flames: Prepare for a surprise attack. Insert a plasma blast projectile into toothless mouth, then push the button behind his right ear to fire. Reload and launch again and again.

Let your imagination soar with dreamWorks Dragons toys: Giant fire breathing toothless is a super-sized magical gift for kids and dragon trainers aged four and up.

How to train your Dragon: The hidden world. 3 x aaa batteries not included. Get ready to take flight for a fiery dragon battle.