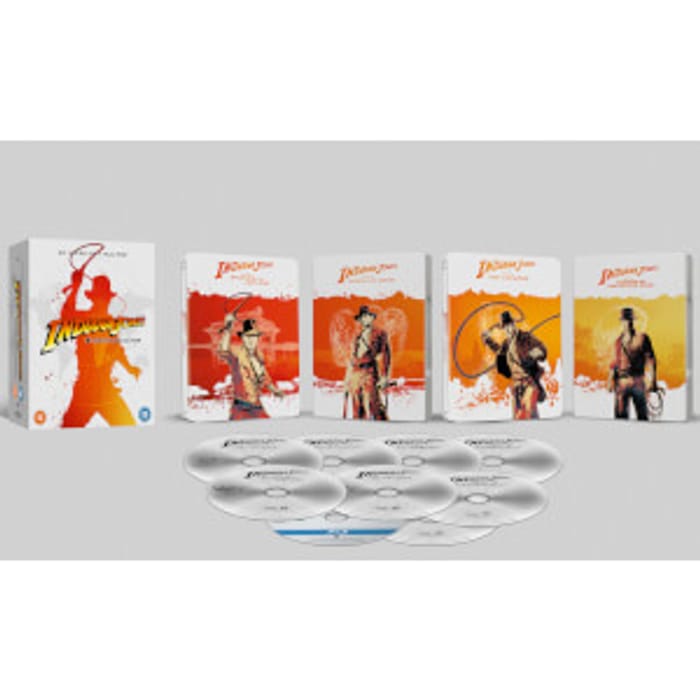 The cinematic classic that started it all - Raiders of the Lost Ark - celebrates its 40th anniversary this year, having first introduced audiences to the man with the hat on the 12th June, 1981. Forty years later, the legendary hero continues to captivate new generations of fans.

The INDIANA JONES 4-MOVIE COLLECTION SteelBook®, exclusively available through https://www.zavvi.com/, includes nine discs. Each film is presented on 4K Ultra HD Blu-ray™ with original theatrical trailers and on standard Blu-ray™. The set includes an additional Blu-ray™ with seven hours of previously released bonus content. Four SteelBook®, one for each film, are housed in a standard double walled slipcase, with a fitment inside to divide the SteelBook®. The SteelBook® are created by Scanavo.

All Zavvi deals →
All Zavvi discount codes →
Reviews
4.4
from 8 reviews
Add review
Comments
What do you think of this?