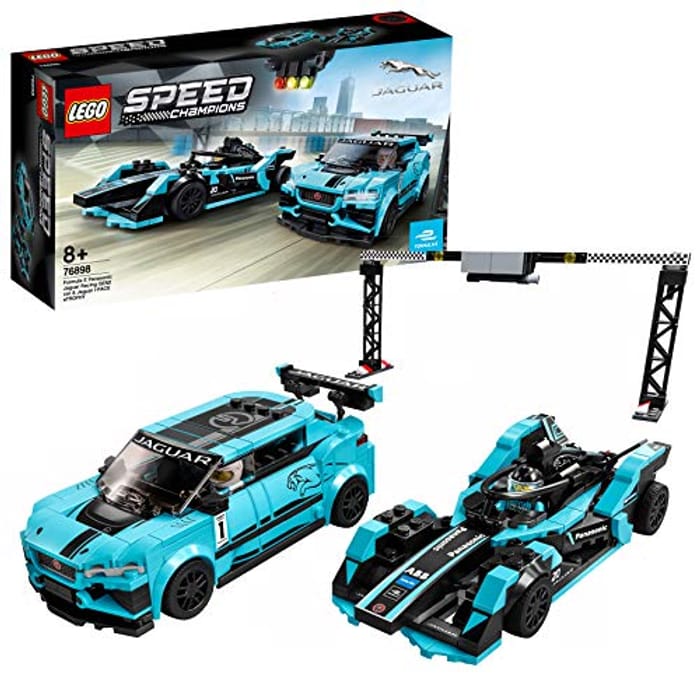 The Jaguar I-PACE eTROPHY, with its distinctive fin, competes around the world in the official support series

Includes two driver minifigures in Jaguar race suits, to race on temporary street circuits in the centre of the world’s major cities

Great LEGO set at a very nice price! Thanks a lot for share this deal...