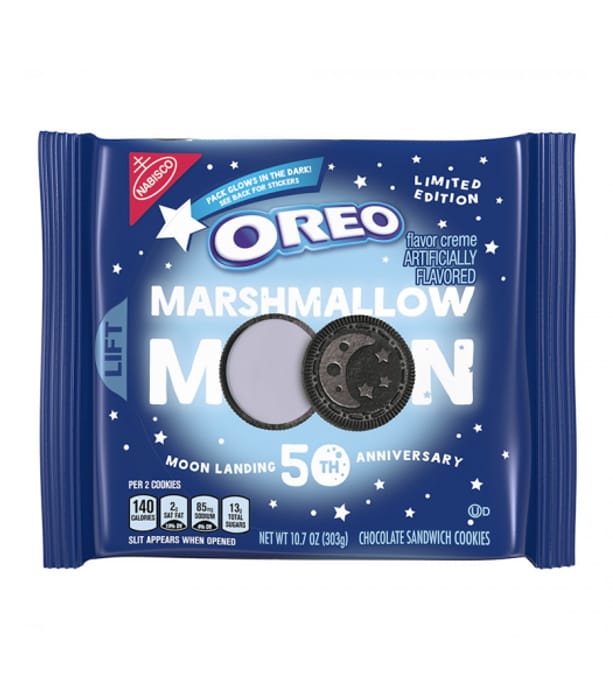 In honour of the 50th anniversary of the moon landing in July 1969, Oreo has launched (pun unintended) a limited edition cookie with chocolate wafers and purple, marshmallow-flavoured creme! Each Oreo features a space-theme design with an image of either a crescent moon with stars, a rocket or an astronaut on a moon with a flag. The fun doesn't stop with the cookies though. The writing on the front of the packet is glow-in-the-dark and there are 3 glow-in-the-dark stickers on the back too! Pick up your pack to mark this special anniversary whilst stocks last.

What do you think of this Americanfizz deal?

Thanks for sharing this great deal, these look so good!