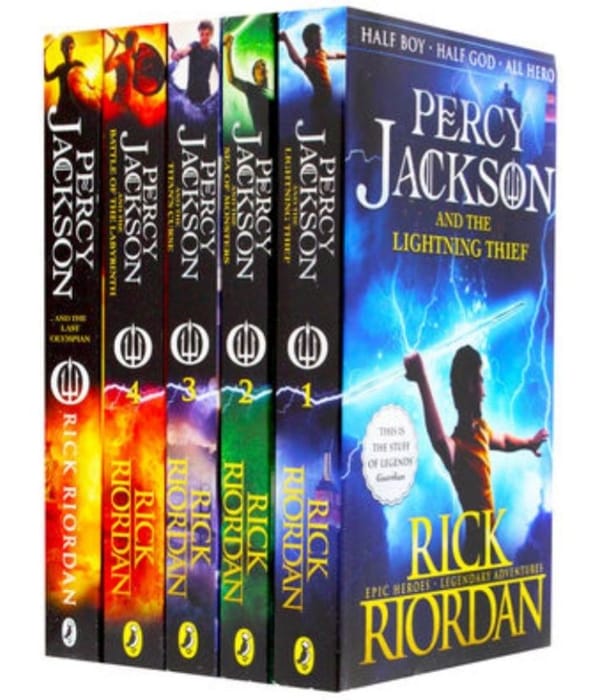 We have 4,954 The Works deals and 825 The Works discount codes on Latest Deals.

My teenage son would love these and even better at £10 for the set what a saving. Thanks for sharing

Cool, will definitely get these. Never read the other 3 books only one and two. Thanks for sharing

I've watched two films of Perry Jackson did not know there were more. Wonder if they will make the other 3 films they wear good might get the books and read them thank you for sharing

ClaraSais that a shame the won't make any more they did 2 why stop now but thank you for telling me have get the books now.

Such good value for this whole set, will look to treat my partner and put in the present cupboard

Supposed to be a really great read this set. Excellent price for 5 books

I love Percy Jackson! Reading is literally my favourite thing to do. Thanks for Sharing

My grandson will love this collection of books. Thank you for posting this deal.

My neice will love these and a great price too. Thanks for sharing

Bargain! I love this series!! Shame they didn't finish what they started with the film's