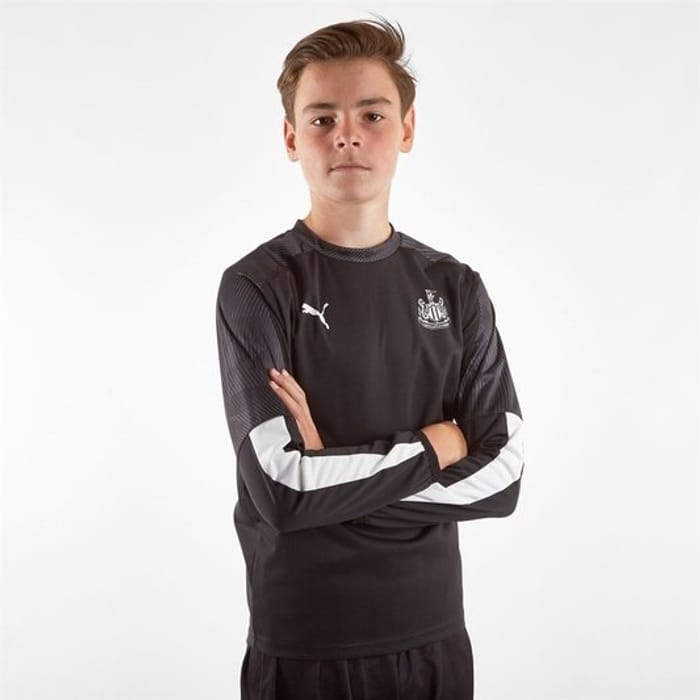 Show off our pride and passion for the Magpies in this Newcastle United 19/20 Kids Training Top from Puma.

Newcastle United have spent 86 seasons in the top flight of English football what is now known as the Premier League. They have won four League Championship titles, six FA Cups and a Charity Shield, as well as the 1969 Inter-Cities Fairs Cup and the 2006 UEFA Intertoto Cup, the ninth highest total of trophies won by an English club. The club's most successful period was between 1904 and 1910, when they won an FA Cup and three of their First Division titles. As their 87th season in the top flight of football approaches the team are looking to make it a victorious one.