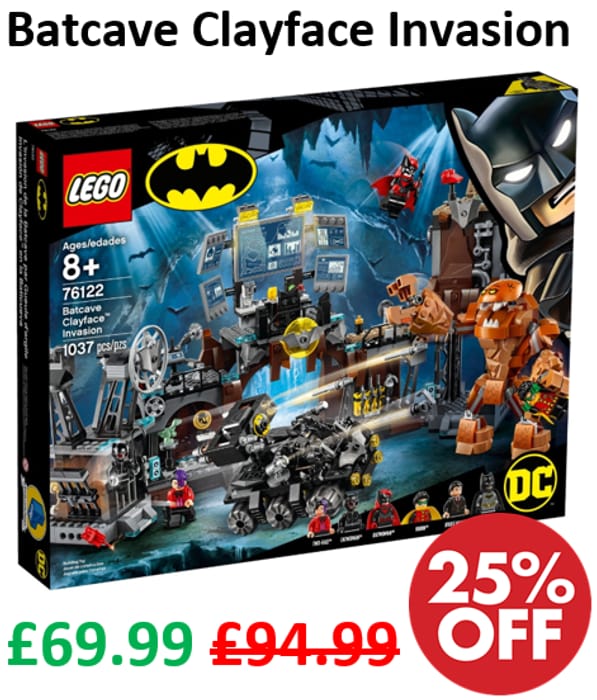 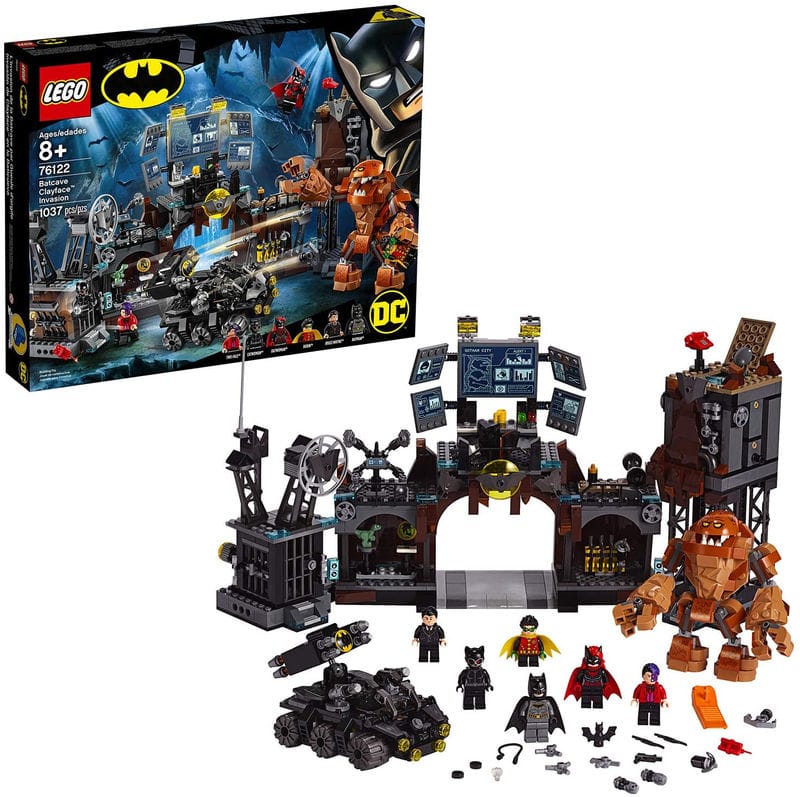 Batcave! Check the Batcomputer and dash to the Bat-Tank

. Fire the Bat-Tank’s flick missiles, hook and stud shooters at the monster. Team up with Batwoman

to get Clayface to release Robin

from its huge hands. But watch out—Two-Face

is trying to break Catwoman

out of the jail. You must capture these Super-Villain invaders before they destroy the Batcave!

, plus a posable, Clayface

big figure with snapping jaws and gripping hands that can hold a minifigure.

This set features the LEGO

Hi-tech zone features a buildable backpack for the Batman

—place the Bruce Wayne minifigure on top next to the telephone element, the Batman

minifigure inside, then pull the pin on the back to make Bruce disappear and Batman appear at the base of the tower.

Jail features an explode function to blow out the prison bars, plus a rooftop parking spot for the Batwing included in the 76120 Batman

Batwing and The Riddler

minifigures are new for June 2019.

Warning: Not suitable for children under the age of 3 years due to small parts which could cause a choking hazard.

We have 1,095 IWOOT deals and 563 IWOOT discount codes on Latest Deals.

Brilliant saving on this and would make many kids very happy . Thankyou for sharing