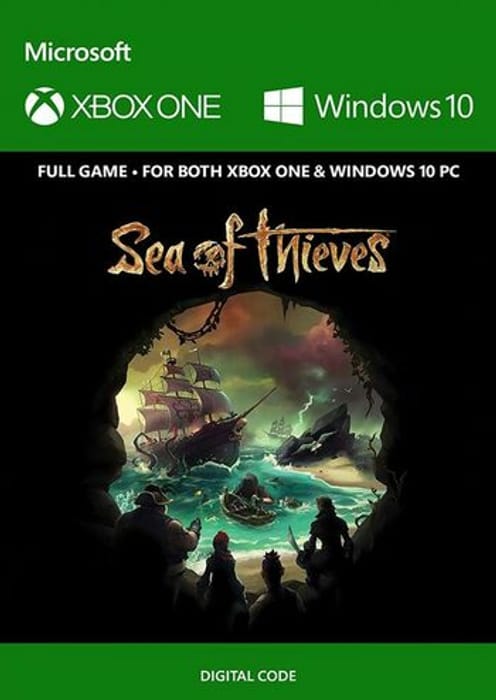 Available from Eneba
£7.51£8.67
3 people like this deal
Code required
Get Deal

You can get this great deal by using Code TendiemanIsHere with Free Delivery.

Whether you will jump into the ship by yourself, with a matchmade ally or with friends, one thing is for sure, the sea with Sea of Thieves key will be challenging and dangerous! There are a plethora of ships to sail in, with only the smallest being controllable by a single player, as everything else will require loads of teamwork, after all, you need someone positioning the sail, someone steering, and someone watching out for enemies at least! Not having even one of those crew members will lead to you paying the ultimate Sea of Thieves price and your ship being sunk by other players!

Free DLC ContentYes, that is right, Microsoft refuses to charge anyone for ANY of the downloadable content being released for the game, meaning that the Sea of Thieves game continues on getting better without the players having to invest extra money. The Sea of Thieves key value increases with each update.

XboxXbox Live
Eneba
All Eneba deals →
All Eneba discount codes →
Reviews
5
from 2 reviews
Add review
Comments
What do you think of this?