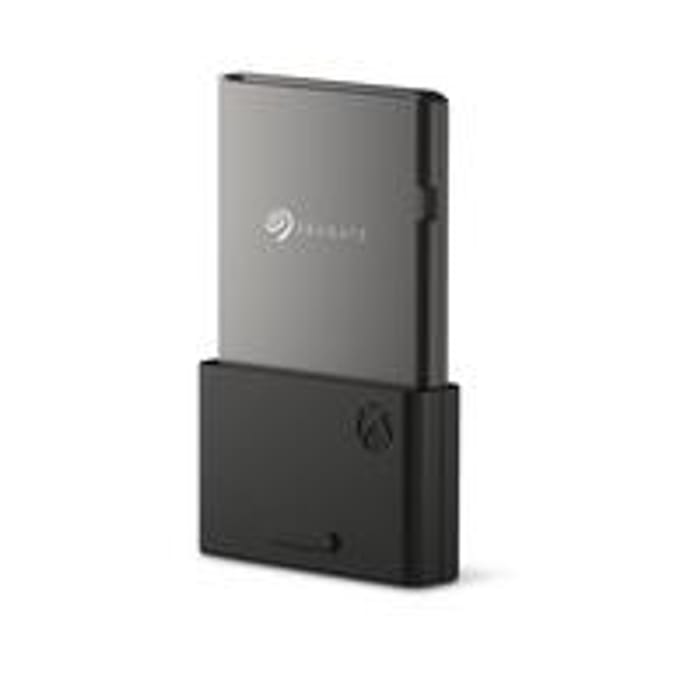 Created in partnership with Xbox, the Seagate Storage Expansion Card for Xbox Series X|S is a custom-built 1 TB SSD storage solution that expands the capacity of both the Xbox Series X and the Xbox Series S. When connected, this storage expansion card seamlessly replicates the experience of the Xbox Series X|S internal storage, increasing the capacity while maintaining its full speed and power. By working in conjunction with the Xbox Velocity Architecture, this expansion card integrates effortlessly with the console’s custom SSD, taking full advantage of the Xbox Velocity Architecture’s ground-breaking hardware, CPU, and deep software integration.

This storage expansion card was built in partnership with Xbox, increasing the console’s overall capacity while maintaining the top-level speed and performance of the Xbox Series X|S custom internal SSD. Easily plug in and play, or remove the card and take your games with you. The only available storage expansion option that’s compatible with the Xbox Velocity Architecture, it effortlessly syncs with the innovative hardware, CPU, and deep software integration of the Xbox Series X|S, never missing a beat. This gives gamers greater access to thrive in the fastest and most detailed worlds the Xbox has created, built to load quick, resume quicker and play seamlessly. Plus, it’ll improve the overall performance of thousands of legacy Xbox One, Xbox 360 and Original Xbox games. This card will enable you to achieve the same performance of the Xbox Velocity Architecture when playing games that have been Optimized for Xbox Series X|S. You will also receive 3-year warranty with this product.