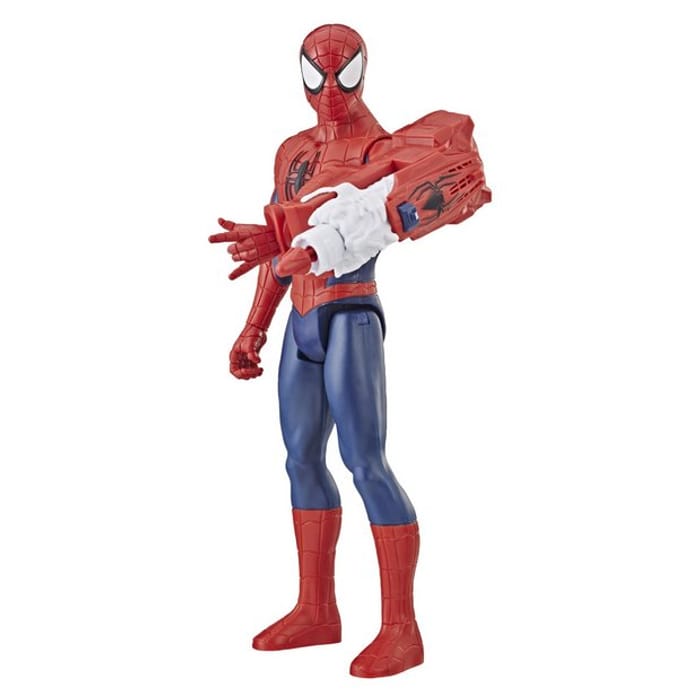 When his spider-senses tingle, Peter Parker suits up as the web-slinging hero, Spider-Man. Imagine the wall-crawler catching criminals in his webs with the 30-cm Spider-Man figure. This figure includes a Titan Hero Power FX launcher to attach to the arm port so when children connect the launcher, they can power up their figure, activate character-specific sounds and phrases, and launch a projectile! Connect Titan Hero Power FX arm launcher to compatible Titan Hero Series figures to activate character-specific sounds and phrases.

For ages 4 years and over.

Not suitable for children under 3 years old.

Only for domestic use.