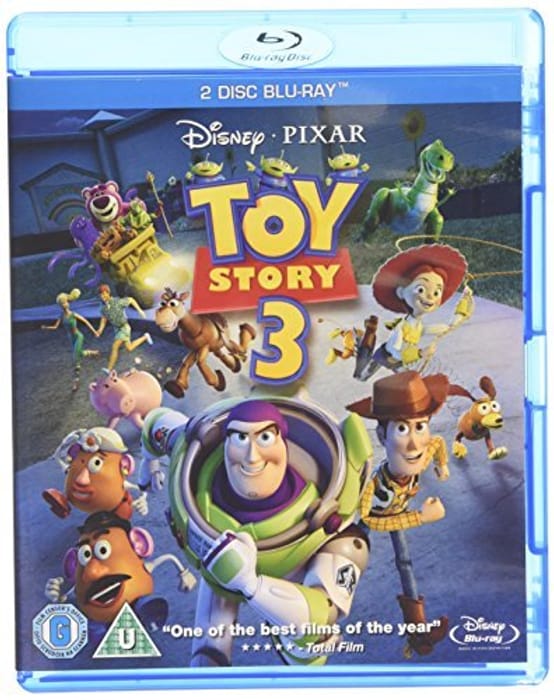 Available from Rarewaves
£2.39
3 people like this deal
Get Deal

You can get this Toy Story 3 BLU-RAY 2 disc edition at a great price of £2.39 with Free Delivery.

Third instalment in the Pixar/Disney CGI-animated series, filmed for theatrical release using Disney Digital 3D. When their owner, Andy (voiced by John Morris), clears out his bedroom in preparation for starting college, Woody (Tom Hanks), Buzz (Tim Allen) and the rest of the toy-box gang are dumped in the donations box at a local nursery school and find themselves at the mercy of a horde of wild, sticky-fingered toddlers. As they struggle to stay together while coping with the chaos, the gang meet a new bunch of toys led by pink teddy bear Lotso (Ned Beatty), while Barbie (Jodie Benson) is at last united with her male counterpart, Ken (Michael Keaton). The yearning to return home cannot be ignored, however, and many comical adventures ensue as the toys make a series of elaborate escape attempts. The film won Academy Awards for Best Animated Feature Film and Music (Original Song).

We have 50 Rarewaves deals on Latest Deals.

What do you think of this Rarewaves deal?