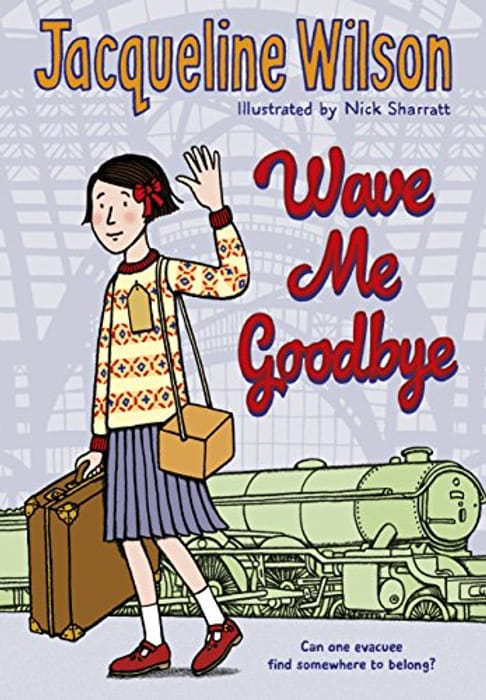 Cheap Wave Me Goodbye Paperback - Jacqueline Wilson - Only £4! at Amazon

September, 1939: At the breakout of the Second World War , ten-year-old Shirley is sent away on a train. She doesn't know where she's going, or what's going to happen to her when she gets there. All she has been told is that she's going on 'a little holiday'.

She soon finds herself lodged deep in the countryside, with two boys from the East End of London, Kevin and Archie. But here, living in the strange, half-empty Red House with the mysterious and reclusive Mrs Waverley, the children's lives will be changed for ever.

'So good, I couldn't put it down.' - Reader review, BookTrust

'The reigning queen of British children's fiction, Jacqueline Wilson, turns to the second World War with Wave Me Goodbye . . .The story handles the balance of big worries - the war - with the smaller details of what it means to be separated from one's family while life still goes on.' - The Irish Time

Great little read- i will get it for my Granddaughter (but might read it through first, as i like stories in that era