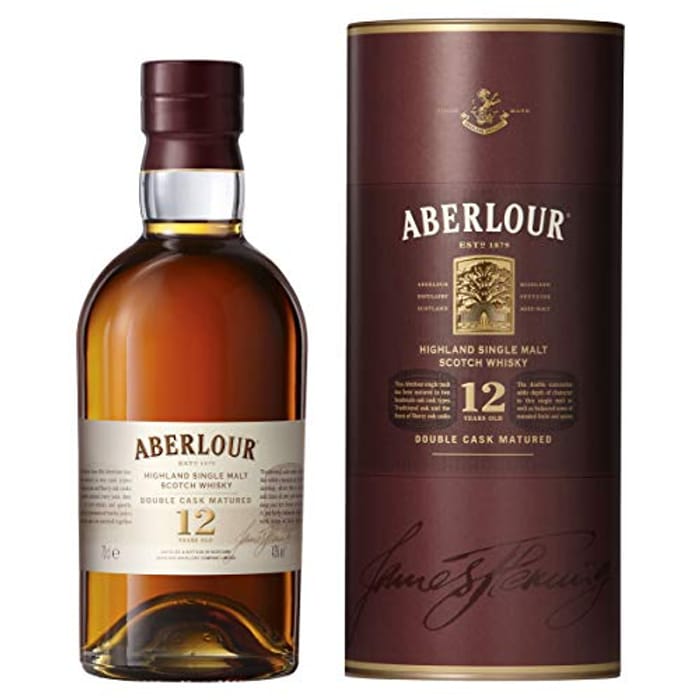 The Aberlour 12 Year Old Single Malt Scotch Whisky has a fine sherried character, balanced with rich chocolate, toffee, cinnamon and ginger spiciness. This 12 year old single malt whisky is soft and rounded with fruity notes of red apple, the citrus character of the Aberlour raw spirit is deftly softened by double cask maturation. The double maturation of the single malt whiskey results in a golden amber liquid with hints of ruby colour. The taste is considered warming and lingering, as the whisky is both sweet and slightly spicy. Traditional oak and seasoned sherry butts are both used to great effect, as the mellowed spirits within are combined to deliver a subtly balanced flavour.