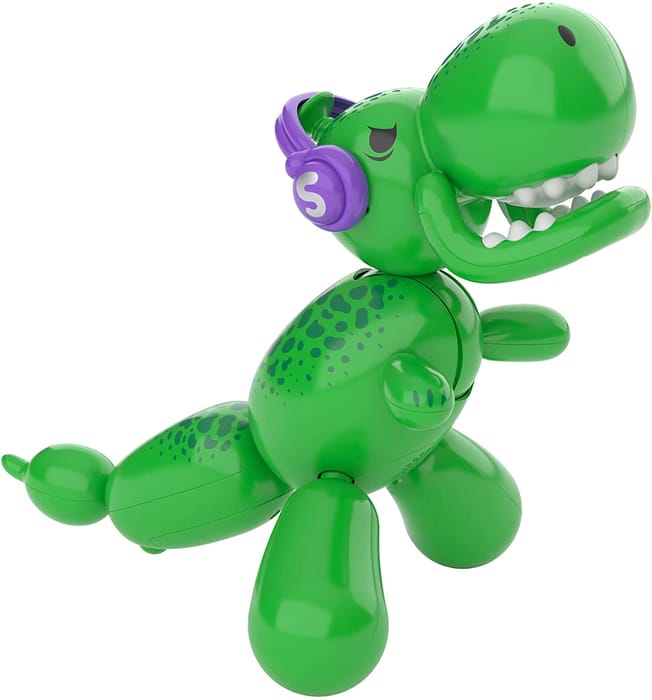 Available from Amazon
47 people like this deal
Get Deal

Unless you have been blindfolded for the last few weeks you will know that Christmas is coming! With only 9 weeks until Christmas and warnings of delivery shortages and price increases, now is a great time to take a look at the kids Christmas lists and see if you can get any deals on them now and spread the cost over a few pay packets rather than waiting until December.

Amazon have released their top 10 toy predictions for this year and it's a great place to start for some inspiration if you are a bit stuck for ideas or want to stick to a budget for gifts for nieces, nephews or grandchildren. All are available for Prime delivery to your door (Free delivery over £20 if you don't have Prime) Or there is free click and collect to an Amazon collection point if you want to collect them while the kids are in school and hide them away!

Great reviews with 4.8 out of a possible 5 stars. This 280 piece LEGO Mario set will be a hit with younger and older kids from ages 6 and up. The included Luigi figure is battery powered and interactive too so now they can act out their favourite games in real life too! 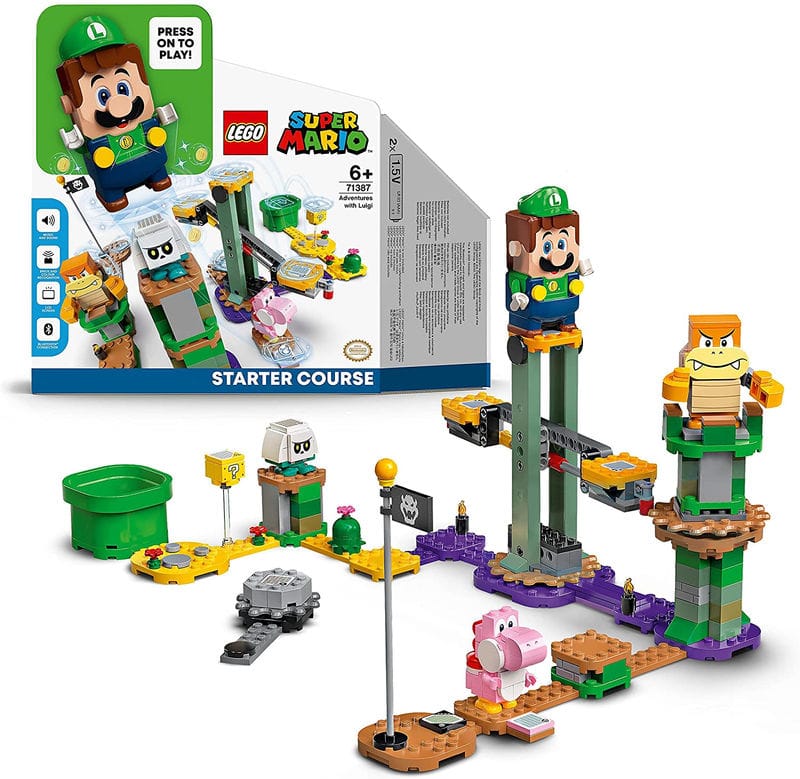 A brand new twist on the Pictionary game with a Harry Potter theme for all the Hogwarts fans. Download the free app on your compatible device and use Harry's want to draw the clues in the air that will show on your smartphone, tablet or TV. Choose your Harry Potter house and win points for guesses and drawing and the team with the most points wins! Suitable for ages 8 years+. 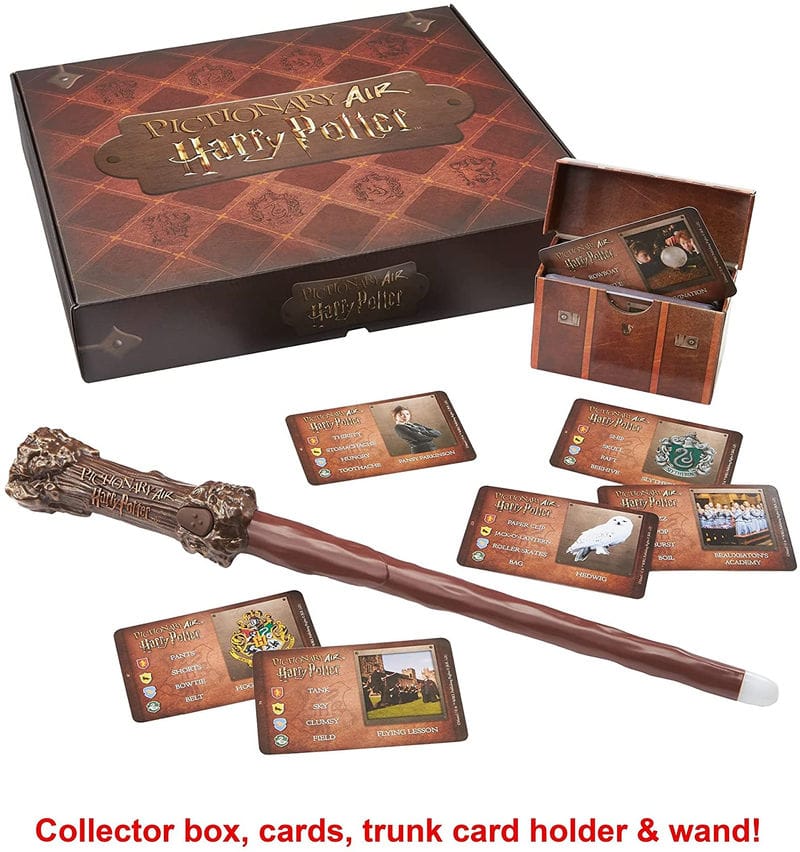 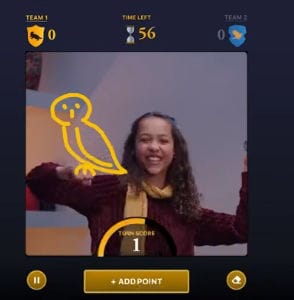 80's classic girls toy Polly Pocket has had a revamp! Get the Polly Pocket Rainbow Funland theme park with 3 rides, 7 play areas, a Polly & a Shani doll, 2 unicorns + 25 surprise accessories (30 pieces in total) Compatible with other Polly Pocket dolls and play sets and comes in a nice big box ready to wrap for ages 4 to 8 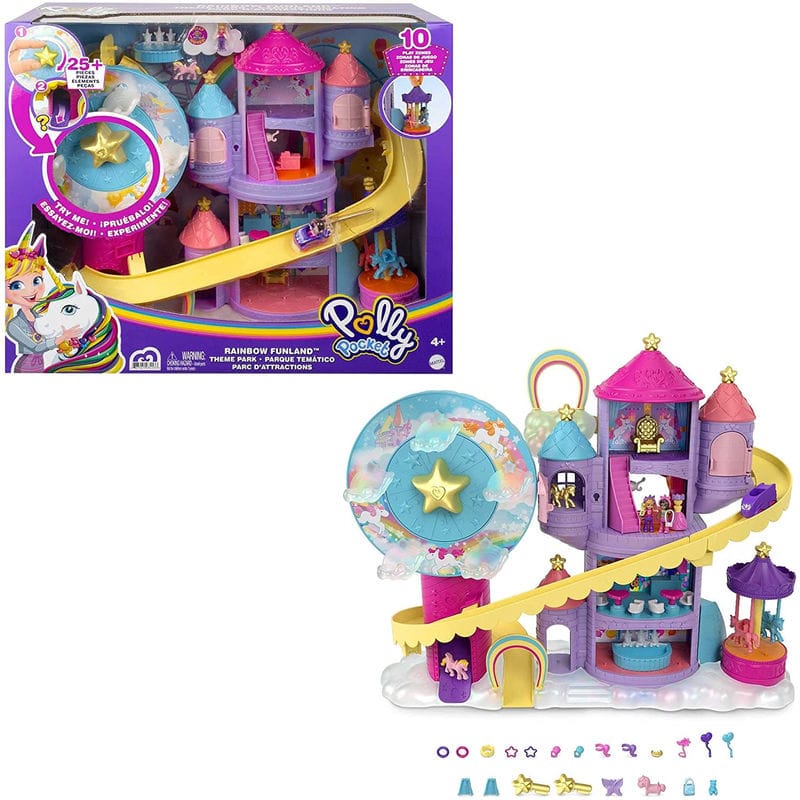 L.O.L Surprises always seem to appear in top Christmas toy lists and this year is no different with their latest set the OMG Magic Studios complete with more than 70 surprises. Includes 12 dolls which are apparently worth over £200 on their own so this set seems to offer great value as a bundle and lots of little girls would love to see this one under the tree on Christmas morning.

Don't destroy the box though as the box turns into the 3D playset!

One for the little ones! This is super cute but be aware, if you buy from elsewhere, make sure its the UK version as there are cheaper non-UK versions going around. Suitable for 9 months plus this would make a great first Christmas present. Press the buttons to hear music and sounds, watch the cute penguin flap his wings and he can dance and interact with other Linkimals toys in the range as well. Comes with over 85 songs, sounds and phrases to encourage the little ones to interact. 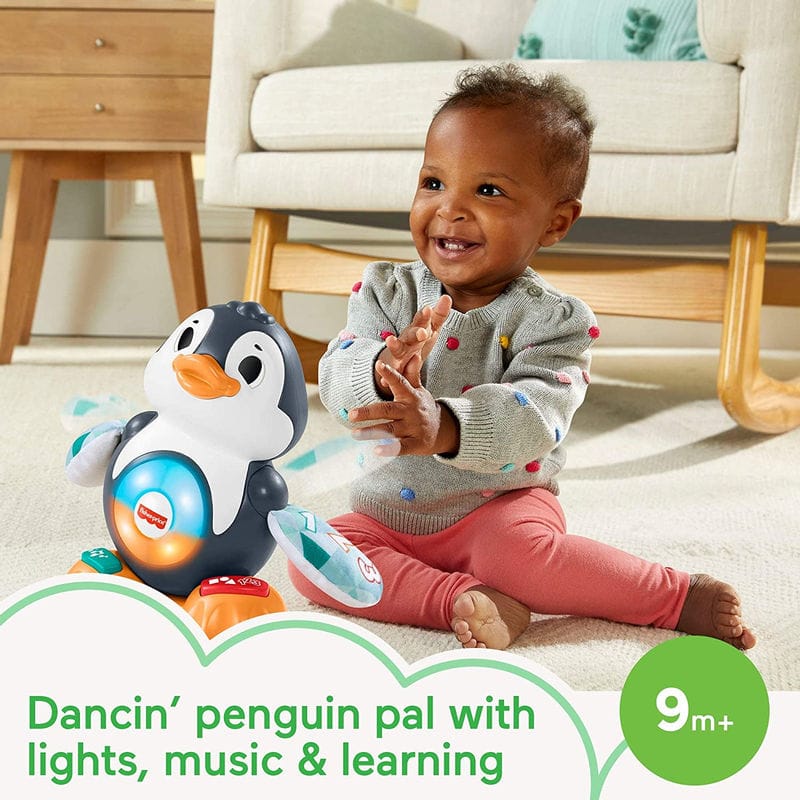 Spider-Mans ultimate webquarter playset. Comes with a helipad, web jail, communications HQ and hangout area. Lights up and makes noises and comes with Spider-Man figure and car with lights and fun slides. 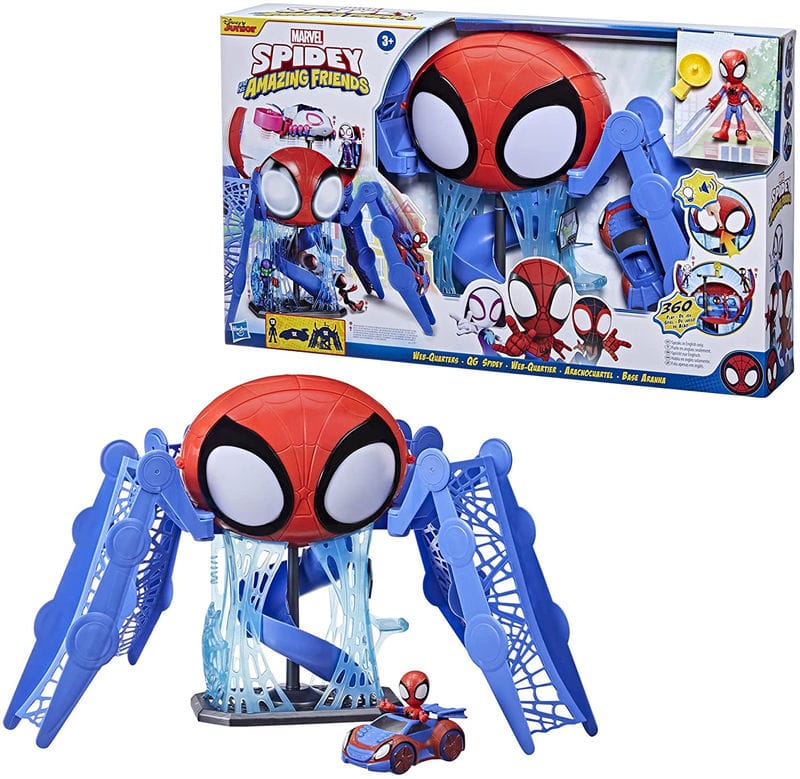 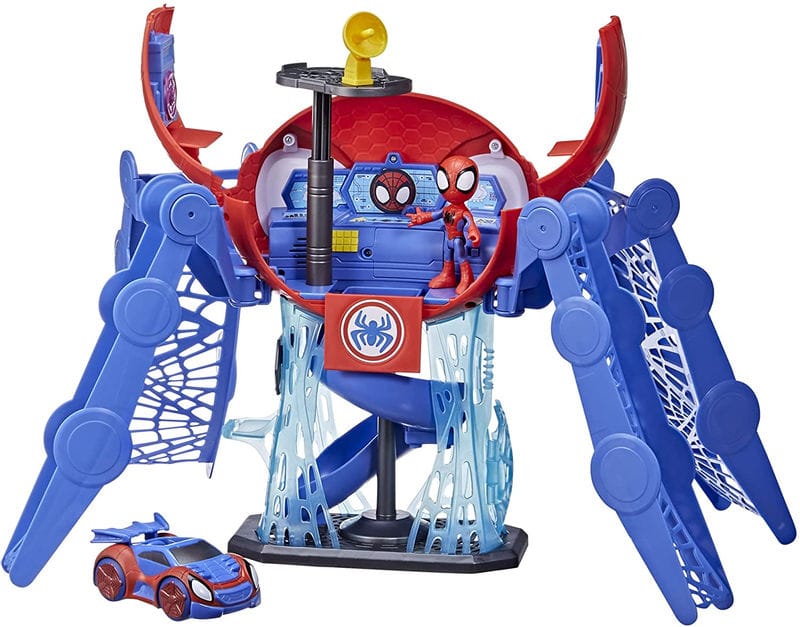 Kids are fascinated by toilets, wee and poo! This turtle is along the same lines as the flamingo version they did last year! Feed Shelbert his magic turtle food and listen while he sings his "Gotta Go" song then poos his food out into the toilet! The food dries up really fast ready to be re-used and goes again and again until you or the kids get fed up! 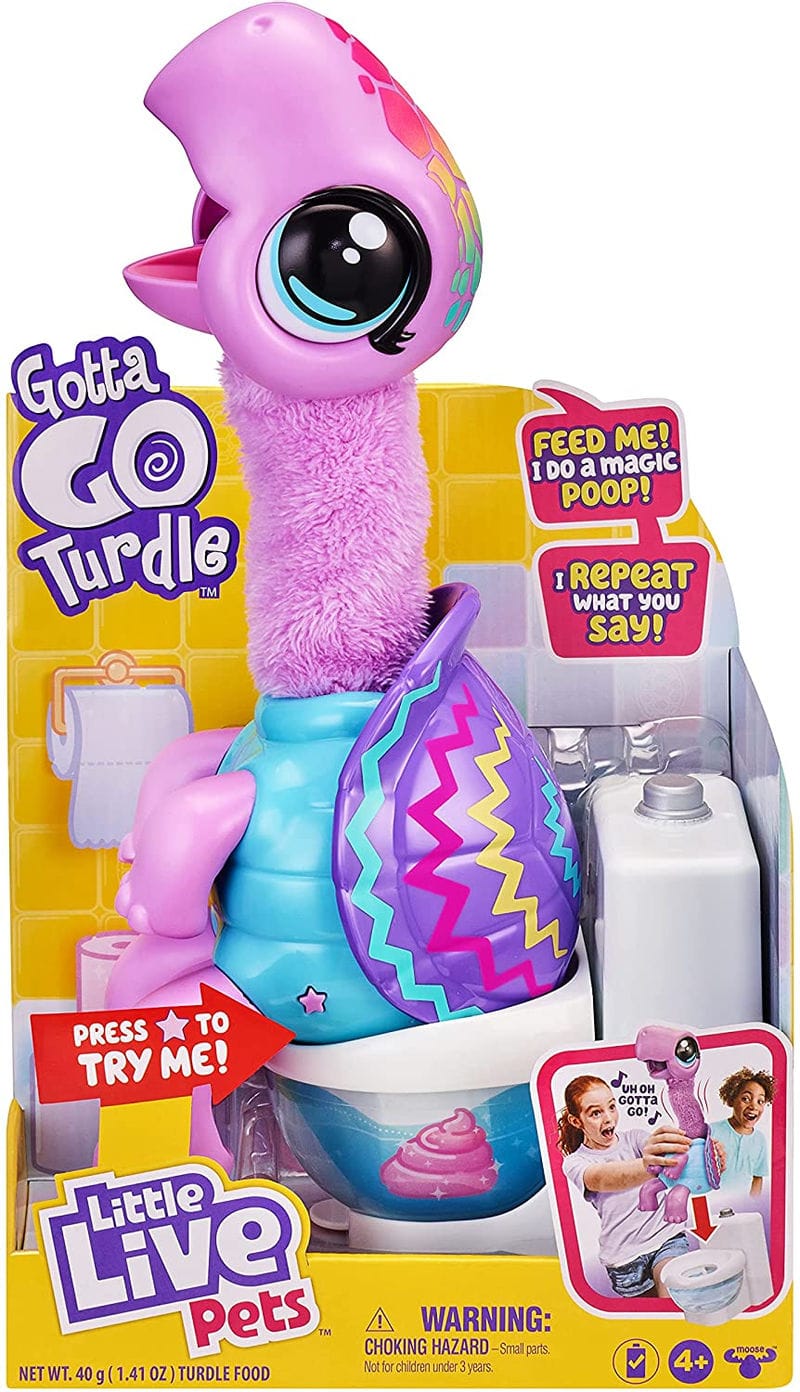 It's all about the super heroes this Christmas! This HUGE 84cm tall Batman transforms and opens up into a play set with lots of rooms and different levels to explore. Includes an exclusive 4" Batman figure and 9 accessories. For ages 4 and up 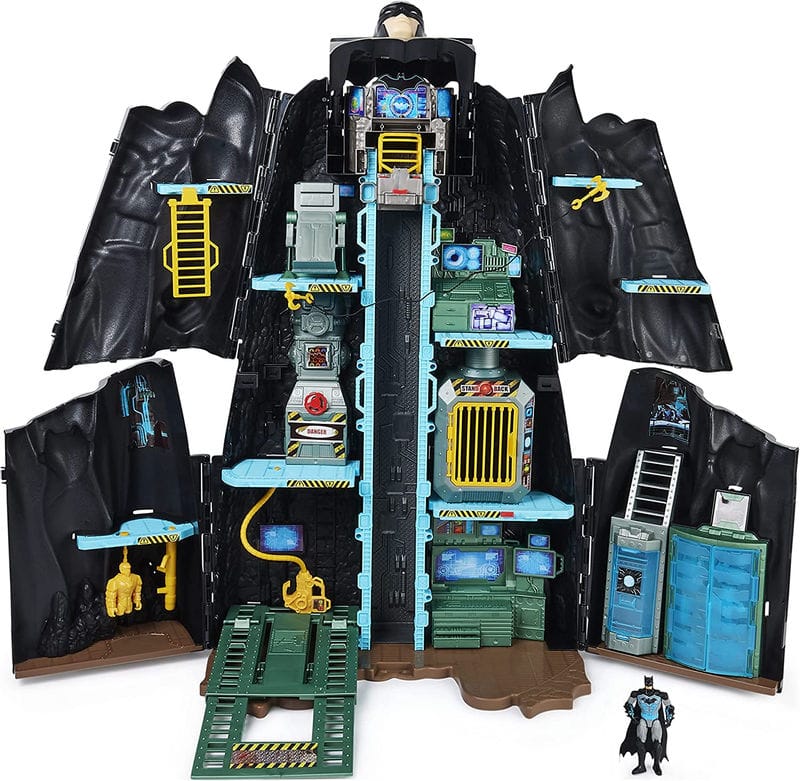 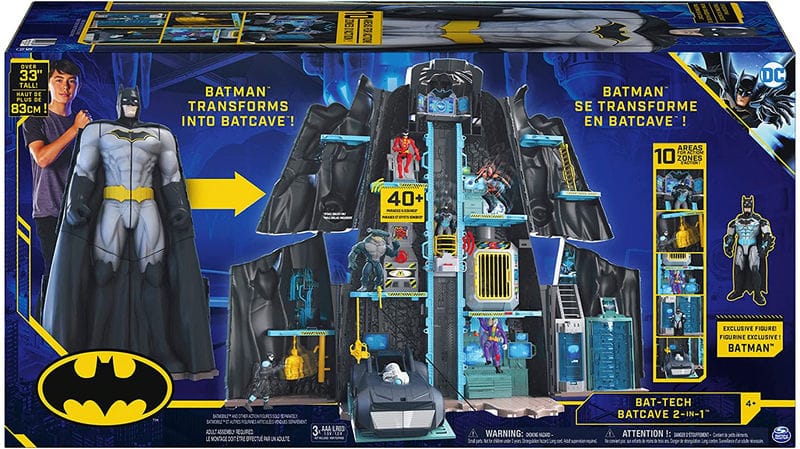 Squeakee the music loving, headphone wearing dinosaur with over 70 interactive sounds and reactions. Pop him like a balloon then pump him back up by his tail. He even dances, chomps and plays tug of war with his chicken. 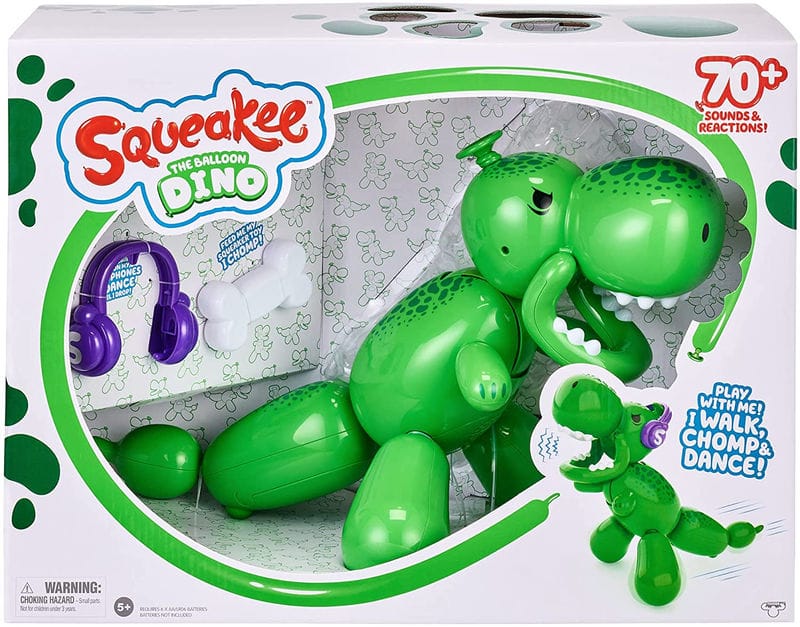 This one is on the top of my little one's list! Act out all your favourite Paw Patrol adventures with this Paw Patrol Patroller vehicle. enough space inside and on top for all 6 Paw Patrol pups (Sold separately) comes with Ryder and Ryders vehicle and makes realistic noises when you press the button on the top too. 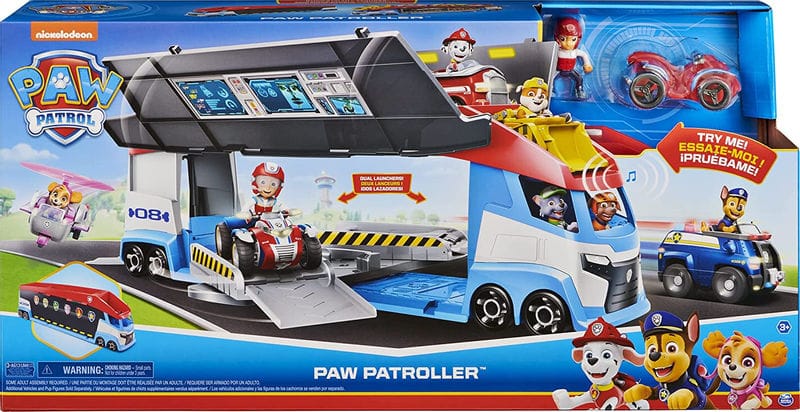 Interesting top 10 toys, not what I had expected and not something I will be buying.

All quite expensive toys

I wasn't expecting any of these to be in the top 10. I won't be buying any as my son wouldn't like any of them.

MrsCraig its just Amazons predictions obviously it’s not a one size fits all just what they are predicting. My 9 year old doesn‘t want anything off this but my 4 year old wants the Paw Patroller at number 10.

emmabeckz Its just not what I was expecting based on the ads etc that have been on TV, but I understand it is just a prediction. My son is either too young or too old for most of them and has very little interest in Paw Patrol! He is the only toddler I know who doesn't seem to like them!

MrsCraig I know Paw Patrol is very popular and he also loves Disney Cars but not the easy to find and buy characters - he loves one called Miss Fritter who for weeks I couldn’t find as he was telling me her name was Twitter!

keeps me on my toes anyway

emmabeckz Paw Patrol is always popular, but not with my wee man! Ahh yes he likes Disney Cars, loves Lightning McQueen. They certainly know how to keep us on our toes!

emmabeckz did you find miss fritter? We got one eventually!

quietermogul0q Seen some on ebay but would rather see what they are like as been stung before by copies!

Not for my lot I'm afraid

This Amazon`s deal is very useful,specially if someone has kids or needs to buy Christmas presents for other kids.

I have six boys abs don’t think they would like anything in that list sometimes these lists seem wry random! Interesting read though thanks for sharing

I've seen a couple of these on adverts. My son would probably love the bat tower. £101 sounds a bit crazy money tho. Thank you for sharing found it interesting looking

My kids are getting a signed picture of boris johnson.