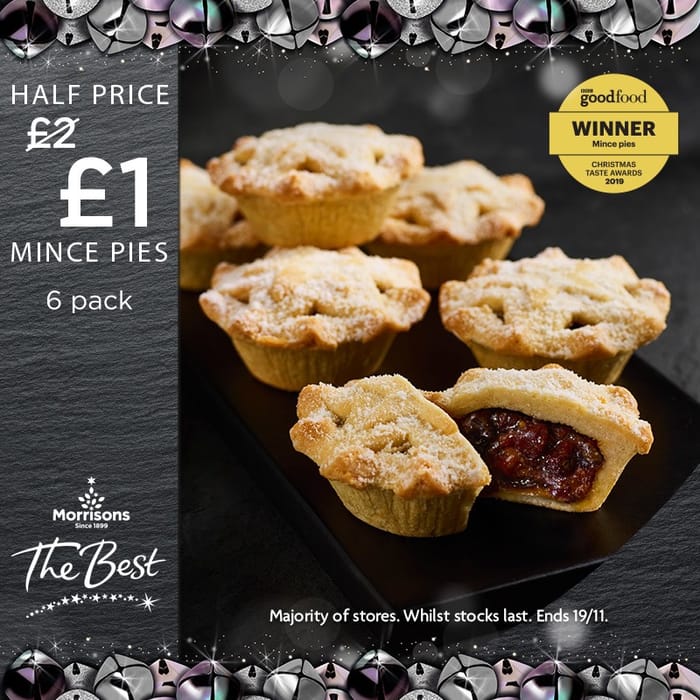 Start your festive feast with our award-winning The Best Mince Pies - now £1 per pack.

Morrisons has been crowned the best supermarket for mince pies this Christmas, beating Sainsbury’s, Tesco and other supermarket rivals - for the second year in a row.

We have 2,974 Morrisons deals and 123 Morrisons discount codes on Latest Deals.

A good deal. One can never try too many mince pies. Thank you for sharing.