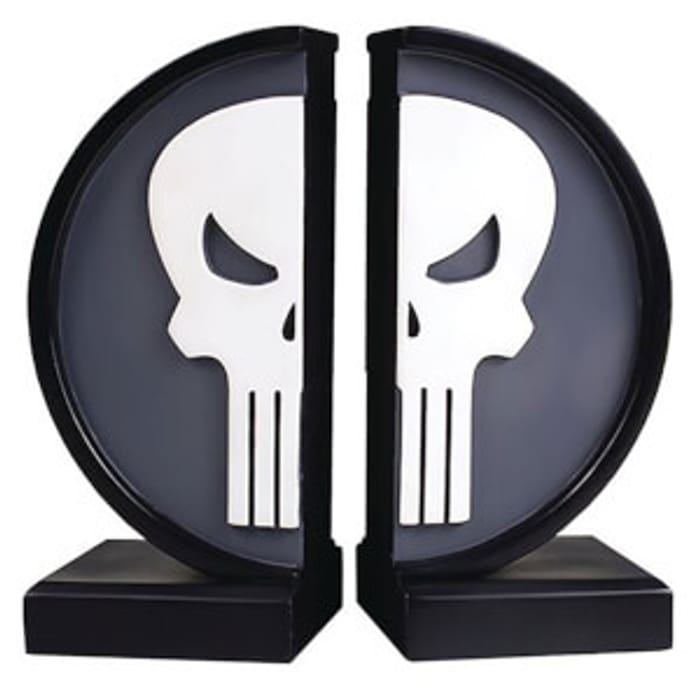 Since his first appearance in 1974, Frank Castle aka The Punisher has seen the worst this world has to offer and he has made it his mission to end it. Just as The Punisher wages a one-man war on crime, you can wage a one-man war on illiteracy with these new Punisher Logo bookends! Having these Punisher bookends on your shelf really makes a statement: You can borrow a book… but you had better return it! Your bookshelf needs an anti-hero and the Punisher is here to fill that void.

We have 1,843 Zavvi deals and 650 Zavvi discount codes on Latest Deals.

3 very good reviews on these. Great for keeping those books tidy on a shelf

My Marvel mad brother in law is going to love these for his man cave. Thank you so much for sharing.

No problem, it's a really great deal on this one. Still surprised at the reduction