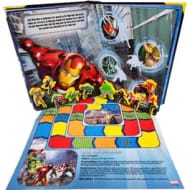 Your weekend just got awesome. Thats because were having a marvellous Marvel flash sale starting now! Get an EXTRA 10% off epic Marvel products. All. Weekend. Long! To save,...
Lost Universe vouchers
10% off 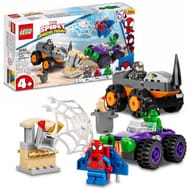 Help young Spider-Man fans learn how to build while having fun diving into action-packed Super-Hero play with Spidey and Hulk vs. Rhino. LEGO model number: 10782 - for ages 4...
Argos deals
£14.50£18 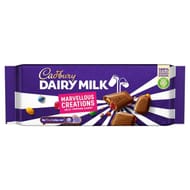 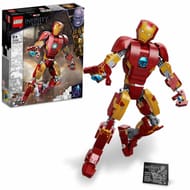 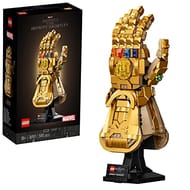 Features a LEGO brick recreation of the iconic Infinity Gauntlet with Infinity Stones and a sturdy stand with a descriptive tablet The golden Thanos glove captures forever the...
Amazon deals
£49.99£59.99

For a Limited Time, Get 2 Marvel Tees for Only £20 including Delivery! Simply Add Both Designs of Your Choice to Your Basket with the Code: MARVELTEE for the Offer to Apply. 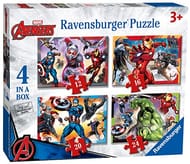 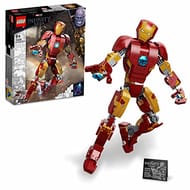 You can get this LEGO 76206 Marvel Iron Man Figure Collectable Buildable Toy reduced from £34.99 to £20 with Free Delivery. A realistic recreation of the metal-clad star of the...
Amazon deals
£20£34.99 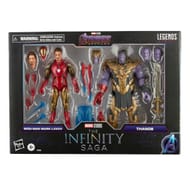 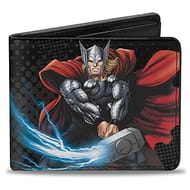 This awesome men's bi-fold wallet is made from premium vegan leather. It measures 4.0x3.5x0.5 inches and features the standard billfold, 5 card slots, and windowed id holder. The...
Amazon deals
£5£24.48 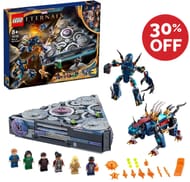 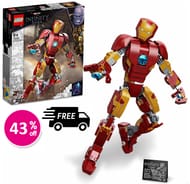 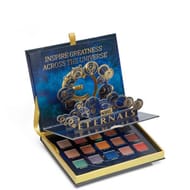 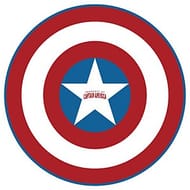 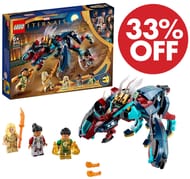 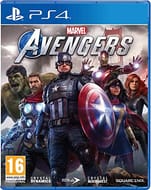 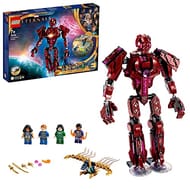 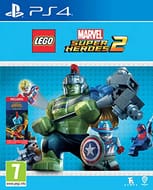 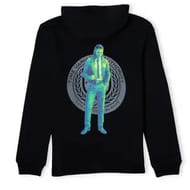 Shop all these amazing officially licensed Marvel Tees and for a short time you can get 2 for only £20! Use CODE: MARVELTEE at the basket to receive discount and free delivery!...
Zavvi deals
£20£29.98 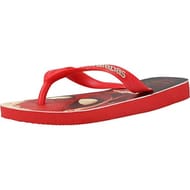 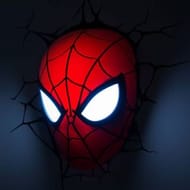 Treat a superhero fan to this Spiderman Face 3D Deco Light Shaped like Spiderman's face placed over a cracked sticker for effect Features easy on/off switch for easy use No wires...
Menkind deals
£30

Use the voucher code at checkout and enjoy a 10% discount on Limited Edition Marvel Replica sets at Zavvi. https://images.latestdeals.co.uk/c-ZQYGmMl4c.jpg...
Zavvi vouchers
10% off 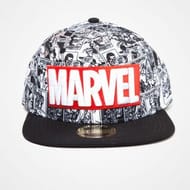 Marvel Classic Logo Snapback Cap Marvel hat with bold embroidered logo in red and white Cap has retro comic frames printed all over it and a black peak Made mostly from soft...
Menkind deals
£12£18 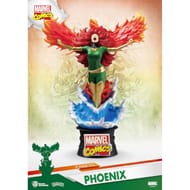 Originating from the famous classic Marvel Comics; X-Men, enter the wonder of the ongoing fight against evil! With years of irreplaceable adventures, collectors are able to now...
Zavvi deals
£7.99£49.99 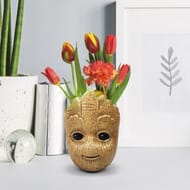 Marvel Guardians Of The Galaxy Groot Wall Vase Its a Groot shaped wall vase! Officially licensed Marvel merch Use it for plants stationery and more A great gift for Marvel and...
Menkind deals
£15£20 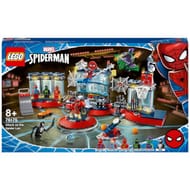 Spider-Man is relaxing in his super-cool headquarters playing video games, practising his skateboard tricks and shooting a few basketballs. But when Venom and Green Goblin force...
Zavvi deals
£59.99£69.99 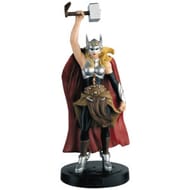 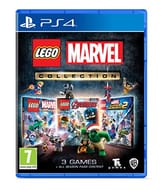 Add postage costs for non-Prime. LEGO Marvel Super Heroes: players take control of a huge roster of characters as they unite to stop Loki and a host of other Marvel villains from...
Amazon deals
£17.95£39.99 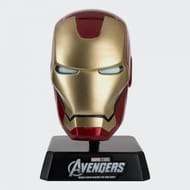 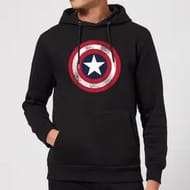 30% OFF DC & MARVEL CLOTHING Show off your love for all your favourite Superheroes with our range of clothing showcasing designs for Batman Iron Man, Deadpool & many more! Plus...
IWOOT deals

Find the best and cheapest deals on Marvel items here. Marvel has brought everyone into the spectacular world of superheroes and villains. They are simply iconic; whether it's all about X-Men, Guardians of the Galaxy or the awesome Avengers. Whether you're looking for movie-inspired merchandise, apparels, video games, or DVDs, we bring you special offers and spectacular deals so you can get so much value out of your money. Check out deals from ebay, Zavvi, Base, Sports Direct, ASDA, and Character and don't forget to use voucher codes on your purchases so you can save up to 60% off.

Marvel superheroes have taken the world by storm. Marvel comics has made superheroes that people looked up to. Many of these superheroes have been made into movies and TV shows which heightened their popularity. Many people are fans of Marvel Comics and they idolise characters like Captain America, Iron Man, Spiderman, Black Panther, Thor, the Hulk, Wolverine, Deadpool, and Ant-man, among many others.

People look at Marvel Superheroes as role models because they fight for truth and justice. They give a positive message to people of all ages. Because of the growing fans, businesses found an opportunity of gaining profit from this. Businesses made Marvel comics merchandise and there are a wide array of cheap Marvel merchandise that you can buy.

There are plenty of products that are inspired by Marvel comics, including shirts, shoes, action figures, toys, video games, accessories, and furniture, among many others. If you are a Marvel comics fanatics, there are tons of Marvel merchandise available on the market today. You can purchase these items for yourself or give them as a gift to family and friends.

Where to get cheap Marvel deals in the UK

If you are looking for the best Marvel store UK deals, you came to the right place. Here at Latest Deals, you will find the best budget-friendly deals when buying Marvel merchandise for adults and kids found by our community of bargain hunters. Merchandise such as toys can be bought cheaply at eBay. You can go to Argos if you want the best Marvel furniture and home decor bargain deals including lamps, wall arts, curtains and even beanbags.

If you want to buy clothes and shoes, Amazon has a wide selection of Marvel apparel that you can choose from at very low prices. You can also use vouchers to save as much a 20% on your purchases. Only buy from reputable UK retailers. Get your favourite Marvel products from, Amazon, eBay, Argos, and more.

There are special offers for Marvel Comics merchandise in which there are discount codes that you can take advantage of. Use the Marvel shop UK discount code upon checkout to save some money on your purchases. Just make sure that check your items before you finalize your order to avoid future problems. But you do not have to worry since these products have gone through quality assurance.

You can get Marvel clothing for adults and kids with huge discounts online. You can also buy Marvel characters paper cake toppers, digital watches, stickers, bed sheets, and beach towels from online retailers such as Tesco, Amazon, Argos, ASDA. If you are into buying toys, you can get Marvel action figures at half the price when you purchase from The Entertainer. They are also giving up to 50% off on their Marvel Lego clearance sale. On the other hand, you can use a free delivery voucher code when you buy Marvel merchandise from eBay.

Best budget Marvel merchandise such as a pyjama setst can be bought cheaply at Aldi. Amazon has Marvel beach towels that have different designs that you can choose from while your children can decorate anything they want with Marvel Avengers removable stickers available at Tesco. All these items are sold at very low prices.

What your kids can get out of Marvel superheroes

Marvel Superheroes like Iron Man, Black Panther, Captain America, and Spiderman gives moral lessons and positive messages on how we can make a difference and save the world in our own ways. We grew up idolising these superheroes and we have been inspired by their stories. From cartoons, movies and comic books, people have grown up together with these Marvel characters.

Many superhero characters have made it big in the merchandise industry. People are fond of buying superhero items most especially action figures since children find it fun and entertaining to play with their favourite character.

As mortals, people have mental and physical limitations but when children play with Marvel action figures they use their imagination and defy the laws of physics. In their own imaginary world, they have superhuman abilities such as the power of flight, super speed, and super strength, among others.

How Marvel became so popular

For almost six decades Marvel Comics has been inspiring people of all ages. From its debut in the comics industry, they have evolved so much and their stories have captured the interest of people. Today there are many films made that came from Marvel Comics. The Marvel Cinematic Universe has made lots of blockbuster movies, including Avengers Infinity War, Thor: The Dark World, X-Men: Days of Future Past, and Captain America: The Winter Soldier to name a few.