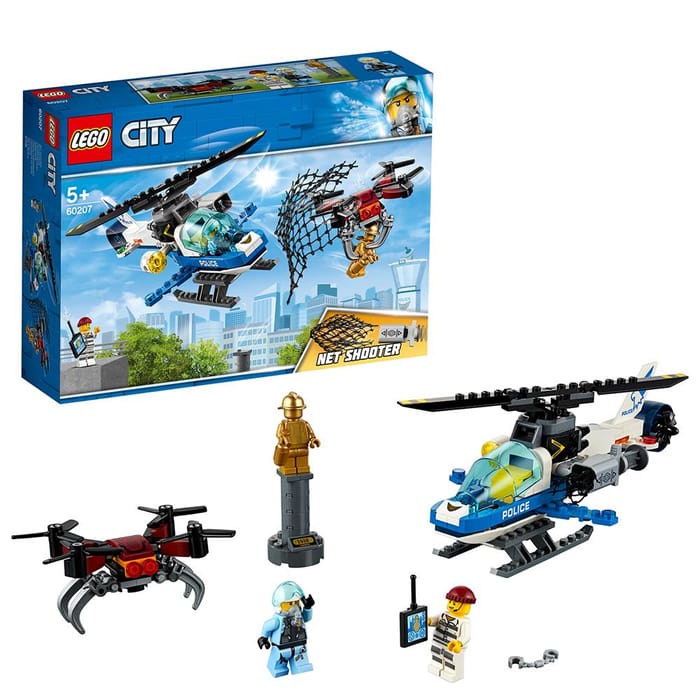 City streets from above with the exciting 60207 Sky Police Drone Chase set, featuring a police helicopter with opening minifigure cockpit, spinning rotor, searchlight and firing net shooter. This fun police play set also includes a buildable drone with spinning rotors and opening claws, a golden minifigure statue with pedestal, remote-control element, handcuffs and 2 minifigures. Accessory elements include a set of handcuffs, net, remote control and a helmet with opening visor and oxygen mask. Call in the police helicopter and fire the net shooter to catch the crook and his drone before he escapes with it. It’s another exciting day in LEGO

We have 3,486 Home Bargains deals on Latest Deals.

What do you think of this Home Bargains deal?