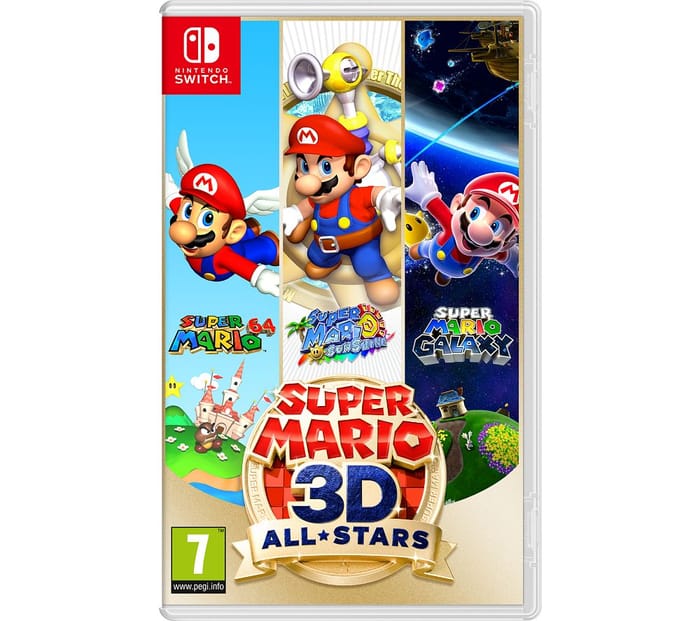 If you or your kids are crazy about Super Mario and this game is on their wish list, this is a fabulous price for such a newly released game. 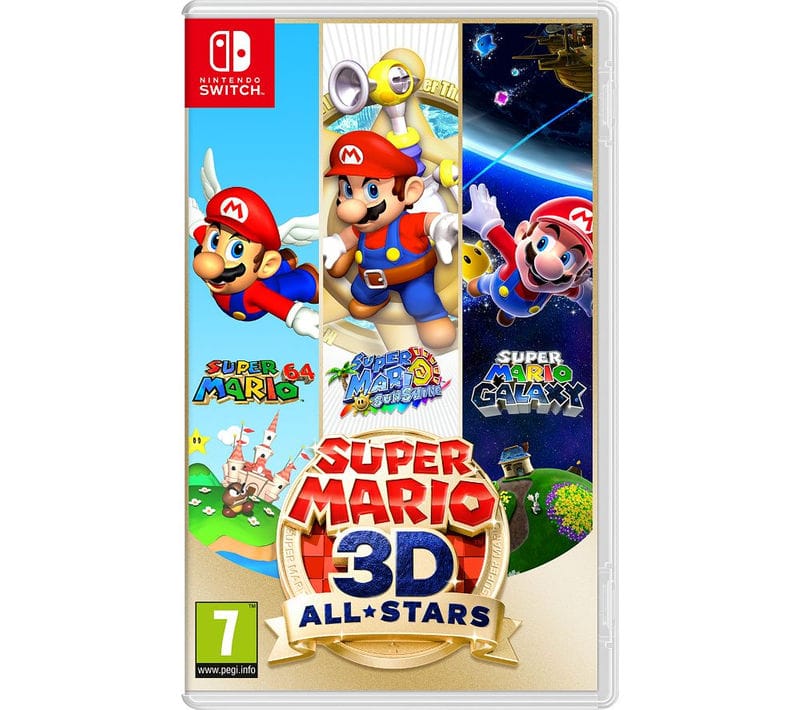 Replay your favourite levels in Super Mario 64, Super Mario Sunshine and Super Mario Galaxy. Optimised for the Nintendo Switch, it features Joy-Con control integration, immersive HD graphics and even a music player so you can enjoy the nostalgic soundtracks from all three games.

Get a tan with Mario on the tropical island of Isle Delfino in Super Mario Sunshine, originally released for GameCube. Instead of relaxing in the sun on his holiday Mario finds himself being blamed for polluting and graffitiing the island. With his Flash Liquidizer Ultra Dousing Device (F.L.U.D.D.), Mario has been ordered to clean it up - and uncover the mysterious perpetrator along the way.

Blast off in space in the Wii classic Super Mario Galaxy. With the help of Rosalina, rescue Princess Peach from Bowser once again in this intergalactic adventure. Use the optional motion controls to defy gravity and hop across planets to solve puzzles. Or pass your friend a Joy-Con controller and play together in Co-Star mode.

PhilipMarc Any good for you?

emmabeckz Good find whilst it lasted!

I ordered it earlier so this one's done for me. No more need to F5 the product page of ShopTo.