Shoppers Will Spend £1.5 BILLION in the Two Days Before Christmas

The 22nd and 23rd of December will be Britain’s busiest shopping days ever, predict experts at Kantar Worldpanel.

Christmas Day falls on a Monday this year, which gives shoppers the weekend to stock up before the big day.

The last time Christmas fell on a Monday in 2006, the Friday before was the busiest day for food shopping, and this year is expected to follow suit.

Fraser McKevitt, head of retail and consumer insight at Kantar Worldpanel, said, “If we see a similar pattern to 2006 in 2017, Friday 22nd December is likely to win out as shops enjoy not only the biggest shopping day of 2017, but the most successful ever recorded.

“Over Friday 22nd and Saturday 23rd, we expect shoppers to part with an eye-watering £1.5 billion as they fill their trolleys ahead of Christmas Day.”

At Latest Deals, we recommend getting your shopping in early to keep clear of the rush on the day, or ordering online, just be aware of early deadlines.

Shoppers wanting to avoid the stress of busy supermarkets should also avoid Tesco, which is expected to be the busiest supermarket for Christmas dinner shopping this year.

Over 28% of festive shoppers will be buying their Christmas groceries there, with Sainsbury’s second at 16.3%, and Asda third at 15%.

Waitrose, Lidl, and Iceland will be the quietest places to shop, so if you need to do a last minute supermarket dash, head to one of these to avoid some of the crowds.

For a cheaper way to get your Christmas dinner before the busy Christmas weekend, Latest Deals have found the best value supermarkets for you to shop at.

Boozy Brits Spend More Than Ever on Alcohol

Brits are also expected to spend more on booze than ever before.

Shoppers after some festive cheer are have already spent £172 million more on alcohol than they did in the same 12 week period last year, and this figure is expected to rise even more as Christmas gets closer.

According to supermarkets, the growth is mainly down to shoppers spending more on premium alcohol, rather than actually buying more booze.

A surprisingly big seller this year is non-alcoholic beer, which has risen 27% compared to sales from last year.

If you’re looking for some great value booze this year, Latest Deals have put together the ultimate guide for festive drinks.

Definitely going to avoid the supermarkets on that weekend! I'm actually looking forward to shopping on the Boxing Day or just after for all the yellow sticker reductions.

Heads-up as well that Co-Op has just started to sell its Christmas Dinner for £10. 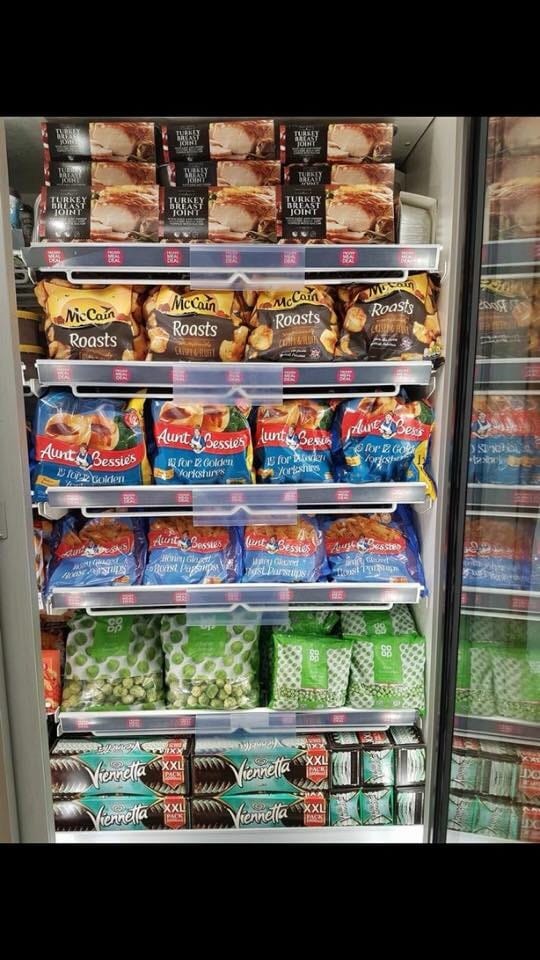