Laphroaig is an eminent brand of single malt Scotch whiskey. It is named after the land Loch Laphroaig of the island Islay. This whiskey brand was introduced in the year 1850 by Alexander Johnston and Donald.

Their quality whiskey-making tradition has been passed down by the distillery managers. Each of their whiskey-making stages is very much crucial. As they produce most richly flavored scotch whiskey of all time.

Laphroaig Quarter Cask has a depth of flavour achieved through a double maturation process Along with the signature smoky taste of our peated whisky you'll also find notes of...Read moreAmazon deals
£31£44
Get Deal 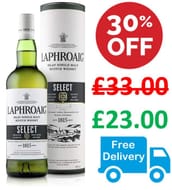 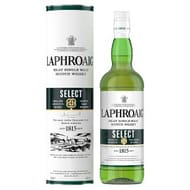 The most richly flavoured of all Scotch whiskies. Created from hand selected oak casks for perfect balance and flavour. Distilled on the remote island of Islay off the west coast...Read moreWaitrose deals
£25£33
Get Deal

You can get this Laphroaig Quarter Cask Single Malt Scotch Whisky reduced from £44.00 to £27.00 with Free Delivery. This deal is exclusively available for prime members...Read moreAmazon deals
£27£44
Get Deal 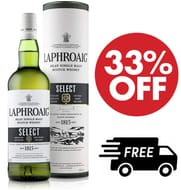 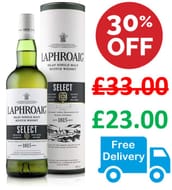 A powerful richly flavoured Scotch whisky Laphroaig (La-froyg) was founded in the early 1800s. It is the creation of the Johnston brothers, a couple of cattle farmers who, on the...Read moreAmazon deals
£23£33
Get Deal 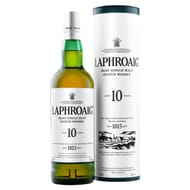 The most richly flavoured of all Scotch whiskies. Distilled on the remote island of Islay off the West Coast of Scotland. Laphroaig (La-froyg) single malt Scotch whisky has always...Read moreSainsbury's deals
£28£38
Get Deal 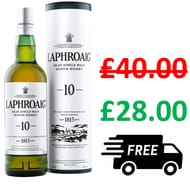 Experience the quintessential flavour of Laphroaig 10. Crafted to a generations-old method on the Scottish island of Islay it's the perfect introduction to peated whisky....Read moreAmazon deals
£28£40
Get Deal

A vibrant young Laphroaig whose maturation has been accelerated by ageing in quarter casks. This shows soft sweetness and a velvety feel when first tasted then the intense...Read moreThe Whisky Exchange deals
£35.95£40.95
Get Deal 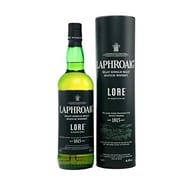 Lore is the richest-ever Laphroaig single malt Scotch Rich flavour is a result of liquid being drawn from a selection of casks including first-fill sherry butts smaller...Read moreAmazon deals
£58.15
Get Deal 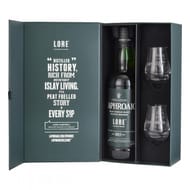 It's no secret that we love Laphroaig and when this premium release sample arrived at our door steps we were falling over ourselves to grab the first taste. Packed with that peat...Read moreLoch Fyne Whiskies deals
£79.95£89
Get Deal

A superb indie Laphroaig from Douglas Laing distilled back in April 2002 and left in a single refill butt for just shy of two decades. After it reached 18 years of age, it was...Read moreMaster of Malt deals
£169.95£199.95
Get Deal

Their range comes with a peaty/smoky flavor. Laphroaig Scotch whiskey comes in the most frequent ages of 10 years. Another variety of 15 years old is also common. Besides, their range of 27, 30, and 40 years old are rare and expensive as well.

Laphroaig stock their whiskey into different categories. The categories are based on core, rare, and travel retail exclusive ranges. Some of their core range are Laphroaig Triple Wood, Laphroaig Select, Laphroaig Lore, Laphroaig Quarter Cask, and so on.

Their core range also includes editions of 25 and 30 years old aged whiskey. In their rare category Laphroaig stores all of their rare and expensive editions.

Some of them are Laphroaig 30 Y/O The Ian Hunter Story Book 1, Laphroaig Cask Strength 2019 Edition, and more. Whereas their travel retail exclusive range includes Laphroaig 25 Y/O The Bessie Williamson Story and so forth.

The rich and smoky flavor of Laphroaig Whiskey makes them a favourite amongst all. They mature their whiskey for a minimum of 10years as a core range. Laphroaig also includes 25, 30, and even 40-year-old whiskey as well.

They are all different in their ABV contain. Thus one can choose in the account of their preference. Their single malt scotch whiskey also possesses various health benefits.

They are the stress destroyers and help to prevent strokes as well. They also aid in digestion. These Scotch whiskey incredibly helps to prevent cancer and treats the common cold efficiently.

Here at Latest Deals, we have enlisted various UK retailers of Laphroaig. Thus one can cover the whiskey range from this eminent brand. We have also added exciting Laphroaig voucher codes and discount codes.

Where Can I Find Cheap Laphroaig Deals

Amazon. Amazon is the largest eCommerce platform in the United Kingdom. They deal with the highly-rated sellers of different top-notch brands. They also conclude a range from the whiskey brand Laphroaig in their grocery store.

Sainsbury’s. Sainsbury’s is an all in one eCommerce portal in the UK. They intensely deal with the highest graded sellers of world-famous brands. Laphroaig is one of them. Whether one is looking for a core or rare range single malt whiskey from Laphroaig, Sainsbury’s have them all.

Tesco. It is one of the leading supermarkets in the UK. Their stock on Laphroaig whiskey is extensive enough to amuse one at their first glance. They have included various exclusive offers on Laphroaig in their store.

eBay. eBay is a UK based all-rounder online store. Their store is bursting with the range of Scotch whiskey from the brand Laphroaig. Their stock includes Laphroaig Triple Wood, Laphroaig Select, and much more.

The Whisky Exchange. It is a leading retailer of whiskey and fine spirits in the United Kingdom. They offer an immense range of Laphroaig single malt whisky of different ages. They range their Laphroaig collection based on their ABV contain and maturity.

Costco. Costco is a well-established online grocery store in the UK. They stock the complete range from the brand Laphroaig. LatestDeals is here to have them all at a great discount by using their voucher codes.

Waitrose. Waitrose is a well-famous UK based eCommerce store. They intensely deal with versatile famous brands. Thus they meet the actual requirement of their consumers. They also stock a vast range of products from the whiskey brand Laphroaig. Here one can avail various exclusive offers on Laphroaig products into their store.

ASDA. ASDA is a popular UK based eCommerce platform. They deal with the highest graded sellers of world-famous brands. Laphroaig is one of their dealing brands. ASDA ranges a remarkable range of single malt whiskey from them.