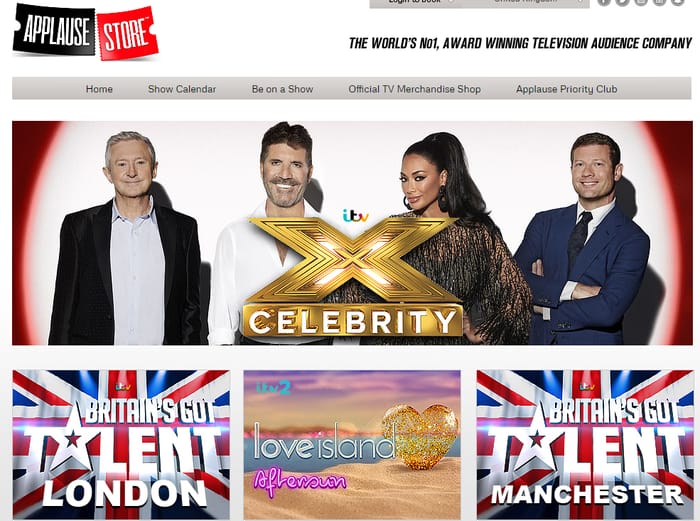 Available from Applause Store
11 people like this freebie
Get Freebie

ApplauseStore is the award winning, one-stop-shop for free, official television and radio audience tickets for thousands of the very best music, comedy, chat, sitcom and entertainment shows produced at many different studios and locations all around the world.

Depending on Broadcasters schedules, we officially and exclusively represent television's hottest shows produced for most of the major channels including BBC One, BBC Two, BBC Three, BBC Four, ITV1hd, ITV2hd, Channel 4, E4, Channel 5, Sky1, MTV and all Satellite & Cable channels. Plus, at certain times throughout the year, we distribute free tickets for pilots, specials, award shows and other one-time-only television events!

TVWatchStudio
What do you think of this freebie?

Cheers, great idea to post again as have been lucky enough to get lots of free tickets to shows in the past