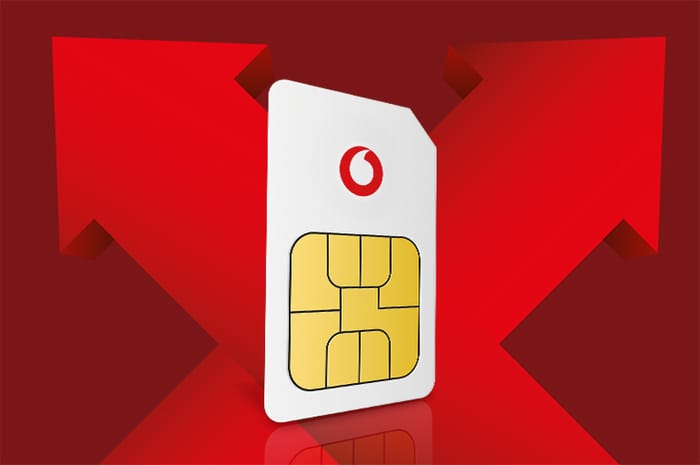 Available from Vodafone
127 people like this deal
Get Deal

Latest Deals has worked with Vodafone to show you their top sim only PAYG deals starting from only £10 per month with no contract. They are all on a rolling 30 day contract so ideal for the kids over the summer holidays if they need more data and texts to keep in touch.

Each PAYG Sim Only includes - 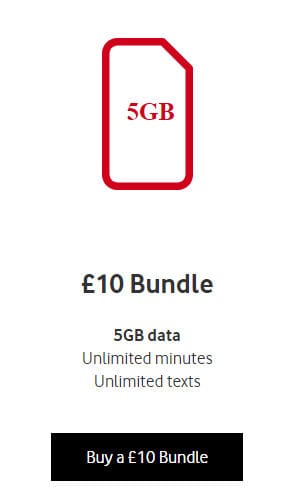 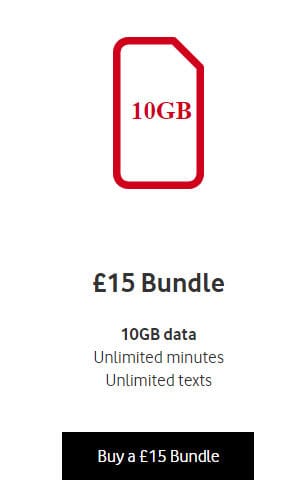 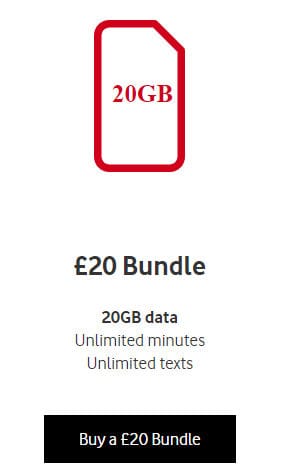 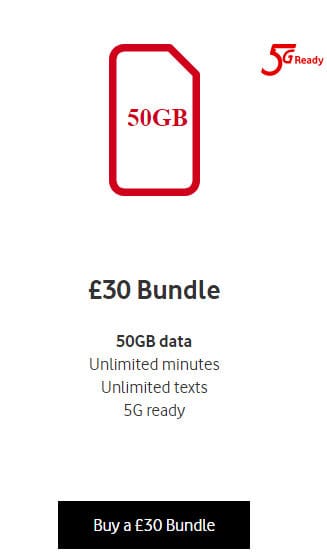 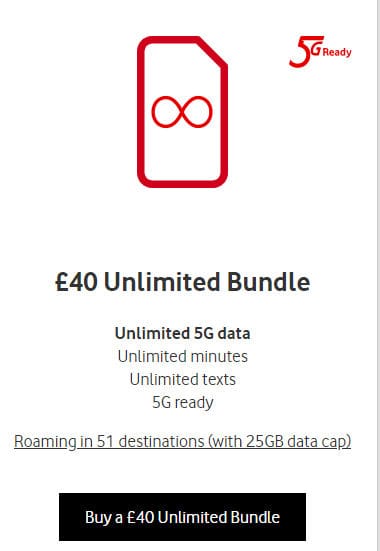 We have 198 Vodafone deals and 21 Vodafone discount codes on Latest Deals.

What do you think of this Vodafone deal?

Some nice deals knocking around now on PAYG, especially what Sam posted.

What a great find, need to upgrade my sim only deal. Thank you for sharing.

Maybe not such a great deal ? Try this https://freesim.vodafone.co.uk/check-out-bundle? Same deal with bonus data .

Three might be cheaper but crap signal most of the time. You get what you pay for

Csg No those who have can get 5G , it is very good. Three has 100 MHZ 5G bandwidth. But lot of places councils (full of illiterate nimbys ) are refusing to let them put 5G mobile towers . So very slow rollout

I use Voxi which runs on the Vodafone network and gives 8GB of data for £10 with unlimited calls and texts and unlimited social media data too. Some higher priced plans also give free video streaming and 5G so might work out cheaper

I'm looking for a great deal due to start I July. Will check this out thoroughly tomorrow. Thanks for sharing this deal.

https://freesim.vodafone.co.uk/check-out-bundle?bundle=10bundle . Might as well have the bonus data for the first 3 months

on the same deal .

I've had Vodafone for 3 years now and have no issues at all with them, great offers here.

HEDGEHOGS Vodafone are very nasty on payment side . Go near allowed credit limit , they cut off phone completely and force you to pay the balance on the spot . I found out hard way when my phone stopped working and they said I could not use included unlimited minutes and unlimited data unless I paid £50 which they set as my credit limit without telling me . Send debt collectors even if their own mistake in the billing . Children/ Teenagers employed in their Manchester call centre , gang up and play games on elderly customers and don't let you speak with manager. Will not give any discount as existing customer, had to swap sim to Three and back to Vodafone to stay with them on one of my phones as all renewal plans were double the price what they sell to new customers . Be very careful as slight error in payment can end you with debt collectors. Also check your renewal quote as you must be paying much more than their new customers like me . But Agree their network is not' crowded ', like Three and I have the best signal with them where I live . They lost Virgin mobile also now as MVNO as Virgin and O2 are now one company. I also like Veryme

samoflondon When my contract was up for renewal in April they offered me another contract at £7.70 a month which I took as thought it was pretty good for my needs.

. This is the standard Vodafone PAYG deal I've been on it for months ?

Unless I'm missing something ? In addition Vodafone are currently offering 3x data (15GB ) on their website for the first 3 months https://freesim.vodafone.co.uk/check-out-bundle?bundle=10bundle .

So unless I'm missing something Latest Deals have "worked with Vodafone" to get a really terrible deal ? Perhaps this "Deal" needs amending ?

Not sure whether I will have nice network coverage for Vodafone. Lovely deal posted by you

Does this not demonstrate why "points for liking " should be ended ? Liked by 120 members to date (as it has been pinned to the popular page ) obviously more visible to the "likers for points" yet it is by no means a deal ! Hopefully members will not have parted with their money believing these "Latest Deals has worked with " to be a good deal