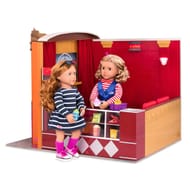 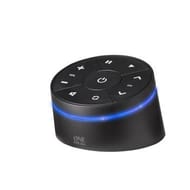 The Smart Zapper is a unique way of controlling your TV and home cinema equipment. The Smart Zapper communicates with your tablet and/or smartphone via Bluetooth Smart...Read moreClearance Shed deals
£7.99£34.99
Get Deal 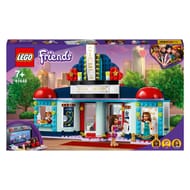 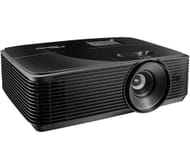 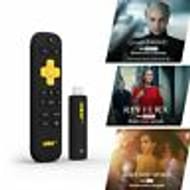 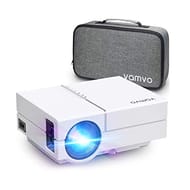 2 MASTERS OF CINEMA FILMS FOR ONLY £20! Get any 2 selected films for just £20! Just add 2 items to your basket for this offer to be applied at checkout!...Read moreZavvi deals
£20
Get Deal 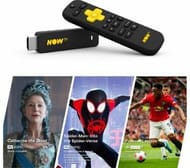 Free Economy Delivery or Click & Collect DescriptionDeliveryReturns Key Features Turn your TV into a Smart TV with a NOW TV Smart Stick for a whole host of watch epic...Read moreebay deals
£29.99
Get Deal 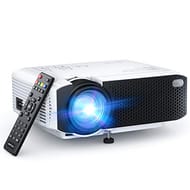 This is a 'black Friday deal' so presumably it only lasts today or over the next few days. It also looks like it's only eligible for Prime members...Read moreAmazon deals
£48.29£69.99
Get Deal 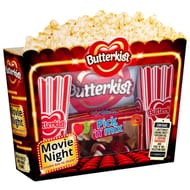 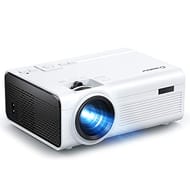 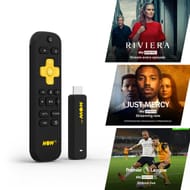 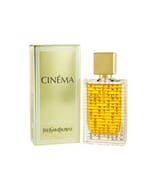 Special Offer - 40% off Cinema Tickets with Lidl PLUS

Lidl Plus has partnered up with The Cinema Soceity to give all app users a huge 40% off cinema tickets for a whole year! The offer can be used at ODEON Vue, Showcase, Empire,...Read moreApple deals
Get Deal 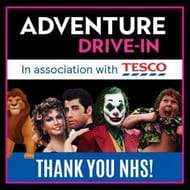 We are delighted to announce TESCO as our headline partner for the 2020 Adventure Drive-In Cinema tour! YOU NEED TO USE CODE NHSTHANKYOU To say thank you to our wonderful NHS for...Read moreAdventuredrivein deals
Get Deal 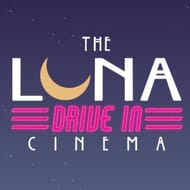 NOW TV - 1 Month Cinema Pass Get Sky Movies without a contract. Catch the movies you missed at the cinema plus the ones you want to watch again and again. Over 1,000 movies live...Read moreCDKeys deals
£3.99£11.99
Get Deal 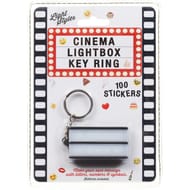 Cinema Light Box Key Ring. Make your own message with letters numbers and symbols. With 100 stickers in the pack, you can let your creative mind flow and choose anything you'd...Read moreB&M deals
£1£1.49
Get Deal 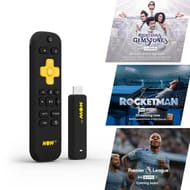 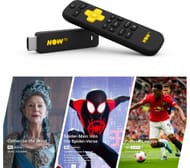 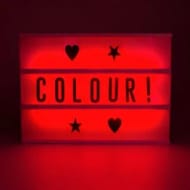 get an additional 10% off for a limited time only It’s a remote-controlled colour-changing cinema light box! Includes 85 letters and icons Features 4 light modes: smooth, flash,...Read moreMenkind deals
£10£15
Get Deal 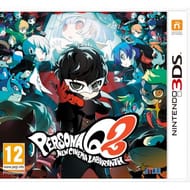 DESCRIPTION Prepare to face a mysterious world of film in this challenging dungeoncrawler. The Phantom Thieves are on another adventure as they find themselves trapped within a...Read moreThe Game Collection deals
£27.95
Get Deal

Georg Wilhelm Pabst (Pandora’s Box Diary of a Lost Girl) made a flawless transition from silent to sound filmmaking with, Westfront 1918 and Kameradschaft, a pair of strongly...Read moreZavvi deals
£9.99£24.99
Get Deal

Federico Fellini followed up his iconic breakthrough La strada with this brilliant drama - an unsparing look at the dog-eat-dog values of post war Italian society that nonetheless...Read moreZavvi deals
£6.99£19.99
Get Deal 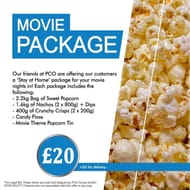 Our friends at PCO (who supply our ever popular Crunchy Crisps Nachos and movie promotional items) are offering customers to have their favourite snacks at home! As the cinemas...Read moreScottcinemas deals
£20
Get Deal

Enter code SKOOBY at checkout! This code gives you a 1 month Now TV Sky Cinema pass. Code must be applied by end of May 2020. The Sky Cinema Month Pass gives you the biggest and...Read moreGamivo deals
£2.64£11.99
Get Deal

Great deal for the lockdown days. Entertainment in its finest Great deal as £29.00 normally Enjoy. You get a code to enter straight to your email...Read moreGamivo deals
£3.30
Get Deal

2 Months Cinema Pass for Now TV *** ONLY £3.45 *** BARGAIN OFFER PRICE Fill up those lockdown days for the family. Cracking price for this. Normally about £20+ Enjoy...Read moreGamivo deals
£3.45
Get Deal 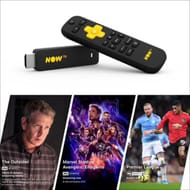 Looking for cheap cinema tickets? Here you'll find the latest deals to see your favourite films for less. Whether it's getting 2-4-1 tickets from Compare The Market or free tickets with various offers - there's always a way to save. On this page, our money saving experts share their tips to help you. Some of our top tips: once a year Mars (the sweet brand) do a campaign called "Sweet Sundays" - you get free cinema tickets with bags of sweets. Sainsbury's Nectar offers an exchange of points for tickets and Vue often does ticket giveaways. Please note - this page also includes Home Cinema electronic deals. If you just want to see movie tickets, use the filter "TV & Film".

In our modern world, cinema became a trend. Children, teenagers, adults or anyone can enjoy this kind of place. Cinema, or motion picture, is the art of moving images; a visual medium that tells stories and exposes reality. Created in the dusk of the 19th century, cinema is the world’s most recent art form. It is also, by far, the world’s most complex, collaborative, and costly artistic expression. At their inception, the first two versions of the film camera (the kinetograph and its European counterpart, the cinematography) were used to record daily events such as a train arriving at a station and an elephant being electrocuted. Documentary filmmaking was then born and tremendously explored. Average men were instructed on how to use the recently-created camera and hired to undertake journeys around the globe and capture exotic images like the pyramids in Egypt and the waterfalls in Niagara. Artists, however, quickly realized the camera’s potential to record actions and tell scripted stories, so the camera started shooting play-like events. Narrative filmmaking was born. Scriptwriting set design, and editing became the norm. Entrepreneurs promptly found a way to monetize newly-invented art. Theatres were built, and admission tickets became mandatory to enjoy that show of lights and shadows. With the high demand and increasing profits, the market became favorable for filmmakers. Soon, studios were raised. Cast and crew signed contracts. Producers became gods. And in the 1930s, the American film industry peaked, churning out dozens of movies a month. Cinema evolved. Movies became longer. The sound was added. Hollywood was built. The color film became economical. Hitchcock lived, prospered, and died. Specials effects were created. Digital was invented. A century had passed, and the motion picture industry still flourishes. Nowadays, cinema can be defined as the art of colorful moving images enhanced by voices, sounds, and music, still telling stories, still entertaining, and most importantly, still selling popcorn.

How to get 2 cinema tickets and snacks for £4

Benefits of Watching Movies in Cinemas

There are plenty of ways to save on your purchases online. Most online UK shops such as Amazon, Empire Cinema, Wowcher, and Odeon have regular sales, seasonal clearance, and flash sales where you can get up to 80% off when you book cinema tickets online.

There are even retailers that have 3 for 2 and 2 for 1 offer on select items. Also, the best time to get huge savings is during Black Friday, Cyber Monday, and Boxing Day where a wide selection of Monday movie deals from your favourite UK retailers are reduced to clear.

Knowing when and where to look for the lowest possible price on cinema ticket prices or free cinema deals is the key here. Fortunately, you don't have to spend hours online searching for special offers, bargain deals, and price drops on cinema listings or Groupon cinema tickets.

Our massive community of bargain hunters regularly share verified discounts, promos, and voucher codes from Argos, Virgin Media, NOW TV. Groupon, eBay, and from other reputable shops across the country. We also have a team of money-saving experts who always share essential tips and tricks on how you can get every day low prices on Odeon, Vue, and Empire cinema tickets when shopping both online and instore.

Getting additional money off with the help of Latest Deals is easy. You can maximise your savings by simply using the latest cinema discount code of your choice upon check out. There are also voucher codes that can provide you with free shipping and gifts.