The price was quoted for 20-23 Dec 2021 for family of 4 with free corona virus guarantee. The attached picture (in comment) is the cheapest i found but the price for other room...Read moreButlins Limited deals
£135.22£323.50
Get Deal

£20 off all 2021 breaks at Butlins. This is a great deal and perfect for booking for next year at a number of resorts....Read moreButlins Limited vouchers
£20 off
Get Code
021

Whether you’re looking for ghoulish goings-on or simply fancy a great family day out Butlins is the perfect escape this Half Term. You’ll find lights twinkling in the Traditional...Read moreLittle Bird deals
£9
Get Deal

Butlin’s is also offering a special limited time discount to Entertainer customers! Any bookings made between the 2nd September and the 8th October 2019 using the code...Read moreButlins Limited vouchers
£20 off
Get Code
R20

Unlimited rides on the traditional outdoor funfair Live daytime entertainment in the Skyline Pavilion OPENING THIS EASTER! the brand new pool has everything from flumes and slides...Read moreLittle Bird deals
£5£10
Get Deal

£30 off Summer Holiday Bookings at Butlins

You can get now £30 off Summer Holiday Bookings at Butlins. Don't forget to ENTER the code at the checkout.....Read moreButlins Limited vouchers
£30 off
Get Code
K30

All in support of Dementia UK Unlimited rides on the traditional outdoor funfair Live daytime entertainment in the Skyline Pavilion Get active with Skyline Activities including...Read moreLittle Bird deals
£5
Get Deal

Butlins Bognor Regis - May Half Term Day Passes, 40% Off

The kids are off school and spring has sprung so a trip to the seaside is a must! Bursting with amazing live entertainment and activities you're sure to have a day to remember....Read moreLittle Bird deals
Get Deal

Save £40 on Any Butlins Break! 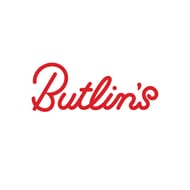 Get excited for October Half Term and make the most of the holidays! Butlins Bognor Regis have something for everyone - from Funfair rides to swimming and outdoor sports to...Read moreLittle Bird deals
Get Deal

Get excited for October Half Term and make the most of the holidays! Butlins Bognor Regis have something for everyone - from Funfair rides to swimming and outdoor sports to...Read moreLittle Bird deals
Get Deal

Enjoy a fantastic family day out at Butlin's during selected term time and weekend dates rain or shine. There's so much to enjoy - from Funfair rides to swimming and outdoor...Read moreLittle Bird deals
£5
Get Deal

£50 Off All Butlins 2018 Breaks: Enter Code FEBRUARYSALE at checkout...Read moreButlins Limited vouchers
£50 off
Get Code
ALE

Up to £40 off Butlins Breaks (Details in Description)

Up To £40 Off Butlins Breaks - Enter Code JANUARYSALE at checkout. £40 off school holiday breaks £20 off term-time breaks £20 off Just For Tots breaks...Read moreButlins Limited vouchers
£40 off
Get Code
ALE

Half price July holidays with butlins 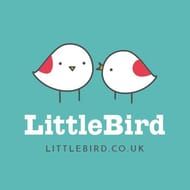 Up to 36% off day passes at butlins

Up to 36% off of butlins day passes (Mondays not included)...Read moreLittle Bird deals
Get Deal

Use the following promo code to get £20 off your booking at Butlins for a limited time....Read moreButlins Limited vouchers
Get Code
DAY

Get only the best Butlins offers that will surely satisfy your needs and wants. The Butlins deals here are updated and our community of enthusiastic bargain hunters made sure that you can use the voucher codes. Spending money on Butlins weekend term passes that are offered by reputable UK retailers is a great deal. You'll be amazed at how our team of supportive bargain hunters has come up with this amazing list just to provide you with great savings. Get big discounts when you get the best Butlins offers from Little Birds, FaceBook, and other UK sellers.

Butlins is a chain of large seaside resorts in the United Kingdom. It was founded by Billy Butlin to provide affordable holidays for ordinary British families.

Tough competition from overseas package holiday operators, rising operational costs, and rapidly changing demand, forced many of the Butlins operations to close in the 1980s and 1990s. Three of the original camps remain open under the Butlins brand in Bognor Regis, Minehead, and Skegness.

They are now owned and run by Butlins Skyline Ltd, a subsidiary company of Bourne Leisure Ltd, which also operates other leisure brands in the British Isles, including Warner Leisure Hotels and Haven Holidays. Butlins resorts offer various accommodation options to cater for different tastes and budgets. These range from Standard rooms and apartments to Silver, Gold, and Deluxe rooms and apartments for higher levels of luxury. There are also "BlueSkies" apartments available at Minehead, and 3 luxury hotels at Butlin's Bognor.

Butlins runs a variety of family fun activities and entertainments, many of which are included in the price of a holiday. Redcoats provide entertainment, organise activities, and act as hosts.

There are plenty of ways to save on your purchases online. Most online UK shops s have regular sales, seasonal clearance, and flash sales where you can get up to 30% off on a wide array of last minute holidays. There are even retailers that have 3 for 2 and 2 for 1 offers on select weekend breaks.

Also, the best time to get huge savings is during Black Friday, Cyber Monday, and Boxing Day where an extensive selection of Butlins locations are reduced to clear.

Knowing when and where to look for the lowest possible price of cheap family holidays booking is the key here. Fortunately, you don't have to spend hours online searching for special offers, bargain deals, and price drops on Butlins location from Butlins Skegness Resort to Butlins Resort Minehead.

Our massive community of bargain hunters regularly share verified discounts, promos, and voucher codes of Butlins Bognor Regis Hotel from WIckes, Home Bargains, Homebase, Costco and from other reputable shops across the country. We also have a team of money-saving experts who always share essential tips and tricks on how you can get every day low Butlins prices Bognor Regis when shopping both online and instore.

Getting additional money off with the help of Latest Deals is easy. You can maximise your savings by simply using the latest family holidays discount code of your choice upon check out. There are also voucher codes that can provide you with free shipping and gifts.