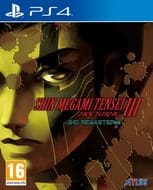 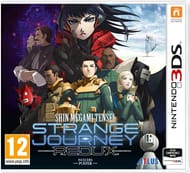 99p Delivery. Earlier I posted a French Import deal of this game but found it for slightly bit more at Zavvi. Ideal for those who prefer a UK copy....Read moreZavvi deals
£24.63£27.99
Get Code
OFF 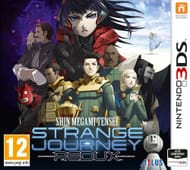 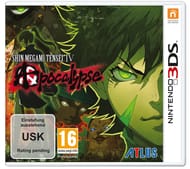 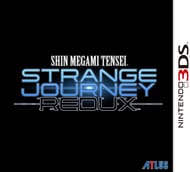 It can be pre-ordered for £28.99 at 365 Games but they charge at checkout whereas ShopTo does while they process dispatch. https://www.youtube.com/watch?v=FMNgujnMOt8 A...Read moreShopTo deals
£29.86£34.99
Get Deal 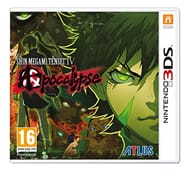 This game comes in and off stock so if you're after a new copy Amazon's worth backordering from. If you're okay with used, then Grainger Games is selling for £24.99 delivered....Read moreAmazon deals
£28.80£34.99
Get Deal

Nintendo has officially announced that SMT:V will be making its way to EUR/USA but no release date or year as of yet. Probably late 2018 or even 2019 but may be worth pre-ordering...Read moreShopTo deals
£42.85£49.99
Get Deal

The Shin Megami Tensei for the Nintendo Switch has been officially revealed and it'll be the fifth in the main series. https://www.youtube.com/watch?v=bvyCAFV9MbM TBA 2018...Read moreShopTo deals
£42.85£49.99
Get Deal

Debuting as the top seller for its launch in Japan Shin Megami Tensei IV: Apocalypse (SMT4A)depicts the remnants of Tokyo ravaged by a catastrophe. Demons and humans co-exist,...Read moreShopTo deals
£27.85£34.99
Get Deal 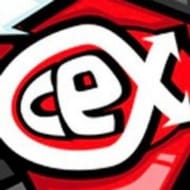 In-Store: £12.00 Online: £14.50 Might seem a bit pricey for a PS2 game but mind you this is part of the Shin Megami Tensei series. I've checked on Amazon and eBay and they were...Read moreCEX deals
£12
Get Deal

this is slowly but surely dropping in price. Hope it helps someone out...Read moreGrainger Games deals
£24.99
Get Deal

Voucher Code: SMTDS2_MIDWEEK_7.50 ***This voucher is is available until 30th April 2017 so make sure you get your deal quick, dood!*** The world of Record Breaker is on the...Read moreNisaeurope deals
£22.98
Get Deal

Glad to see this coming down in price. i think this is the cheapest its ever been so far...Read more365games deals
£26.99
Get Deal

Price has now dropped to £27.85. Debuting as the top seller for its launch in Japan Shin Megami Tensei IV: Apocalypse (SMT4A)depicts the remnants of Tokyo ravaged by a...Read moreShopTo deals
£27.85£34.99
Get Deal

Debuting as the top seller for its launch in Japan Shin Megami Tensei IV: Apocalypse (SMT4A)depicts the remnants of Tokyo ravaged by a catastrophe. Demons and humans co-exist,...Read moreShopTo deals
£29.86£34.99
Get Deal

Shin Megami Tensei is a very challenging video game to play but very entertaining. You can check limited offers from various sellers and get a discounted rate for your purchases. Get only top-notch Shin Megami Tensei games that will surely satisfy your needs and wants. This is where you will find the latest deals and offers found and shared by our community of avid bargain hunters. Good thing our team has listed the most affordable and latest cheap Shin Megami Tensei deals from the most trusted and reliable online retailers. You can get video game bundles at Zavvi and Simply Games.

Shin Megami Tensei is a post-apocalyptic role-playing video game that was developed and published by Atlus. The game was originally released for Super Famicom in 1992 and it has been ported to other systems because of its popularity and success. It was released for iOS in 2014 in Western countries.

This game is the third edition in the Megami Tensei series. It is a first-person navigation game. Navigate dungeons and battle against demons. You can also recruit demons and they will fight with you as allies. You can fuse together two to three demons to create a new one.

The story follows a nameless protagonist who lives in Tokyo, Japan in the near future. A portal to the realm of demons has opened and US officials called a nuclear attack on Tokyo. The protagonist is transported 30 years in the future together with two supporting characters.

They find the earth ruined by demons. Their mission is to bring back order and defeat the demons that stand in their way. The Altus staff saw that Shin Megami Tensei has potential thus making multiple revisions of the game. The video game series received lots of positive feedback from critics and gaming enthusiasts.

Altus which is the developers of the game series produces more side works for different gaming consoles. One advantage of playing Shin Megami Tensei games is that the players are given the chance to determine the outcome of the story depending on their gameplay.

Basic levels of the game require the layer to choose a moral path. Shin Megami Tensei games are also very entertaining and you can play this game for many hours. This allows you to create strategies on how you can finish the missions that you must accomplish.

How to Get Cheap Shin Megami Tensei Deals Online

You'll never go wrong when you purchase Shin Megami Tensei IV Apocalypse games that popular UK retailers are offering. Discounts and voucher codes that you can use at reputable UK retailers await you without ever having to leave your home.

This is a great opportunity to purchase the Shin Megami Tensei 3ds games that you are looking for because of the special offers available. You'll never go wrong when you purchase quality products that popular UK retailers are offering.

When purchasing games online make sure that you are aware of the return policy of the UK retailers so that you can have your items replaced or returned in case you receive damaged ones.

Here is a list of the UK retailers where you can get cheap Shin Megami Tensei bargains and deals.

Our team of awesome bargain hunters has selected the best and latest Persona 2 Eternal Punishment special offers and deals. The deals from popular UK retailers would likely be on top of your options but you can also look for other great offers.

We also have listed the latest Persona 4 Golden, Revelations Persona, and Shin Megami Tensei IV Apocalypse deals and special offers available for you. There are a lot of amazing deals online to choose from and you will surely get great value for your money.