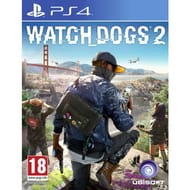 5 people like this deal
Watch Dogs 2 (PS4) Used
Great price for this. Hope it helps someone out... Read more
£9.99
Grainger Games deals

Expired
6 people like this deal
Watch dogs 2 (PS4) used
This seems like a decen price for a copy of watch dogs 2. Hope it helps someone out... Read more
£14.99
Grainger Games deals 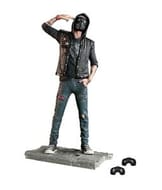 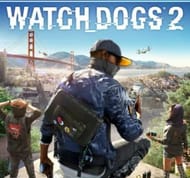 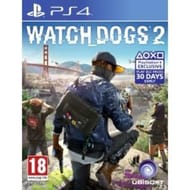 Expired
70% off
1 person likes this deal
Watch Dogs 2 (Xbox One) (Pre Owned)
Use hacking as a weapon in the massive & dynamic open world of Watch Dogs 2. In 2016 ctOS 2.0, an advanced operating system networking city infrastructure, was implemented in... Read more
£17.99£59.99
Grainger Games deals

Expired
6 people like this deal
Watch Dogs 2 (PS4)
WELCOME TO THE SAN FRANCISCO BAY AREAExplore a massive and dynamic open-world offering an incredible variety of gameplay possibilities. Hack your way through traffic while you... Read more
£21.85£59.99
Simply Games deals

Expired
71% off
4 people like this deal
Watch Dogs 2 (PS4) (Pre Owned)
Use hacking as a weapon in the massive & dynamic open world of Watch Dogs 2. In 2016 ctOS 2.0, an advanced operating system networking city infrastructure, was implemented in... Read more
£16.99£59.99
Grainger Games deals 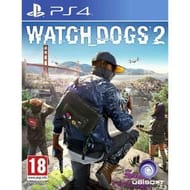 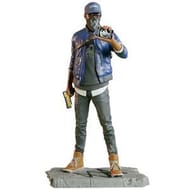 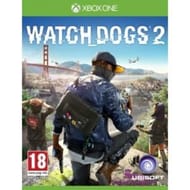 Expired
2 people like this deal
Watch Dogs 2 PS4 Cheapest Price
Cheapest price for Watch Dogs 2 on PS4 £27.99 at Amazon. Watch Dogs 2 is entertaining. The online hacking is a lot of fun and if you've haven't played that part of the game it's a... Read more
£27.99
Amazon deals 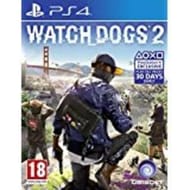 Expired
1 person likes this deal
Black Friday Price Drop: Watch Dogs 2 ( PS4/Xbox One) £32
Watch Dogs 2 on both PS4 and Xbox One for £32.00The game hasn't been out long and has a price drop in the Black Friday sales... Read more
£32
Amazon deals 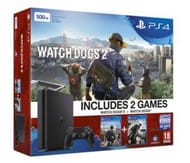 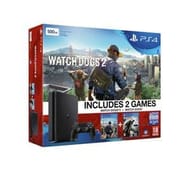 Watch Dogs was a brand new IP from Ubisoft which launched in 2014. For the most part, the video game received favorable reviews from critics and fans alike.

Its second installment Watch Dogs 2 for the Xbox One and PlayStation 4 was launched on November 15, 2016, with the PC release followed shortly after on November 29, 2016. If you enjoyed the first installment or if you happened to pass it up, then take a look at ten reasons why picking up the sequel may be well worth your hard earned money:

There are plenty of ways to save on your purchases online. Most online UK shops such as Amazon, Argos, Tesco, eBay, and GAMEhave regular sales, seasonal clearance, and flash sales where you can get up to 70% off on a wide array of Watch Dogs 2 license key and activation code. There are even retailers that have 3 for 2 and 2 for 1 offers on select video games.

Also, the best time to get huge savings is during Black Friday, Cyber Monday and Boxing Day where an extensive selection of Watch Dogs 2 game from your favourite UK retailers are reduced to clear.

Knowing when and where to look for the lowest possible price on Watch Dogs 2 for PS4, PC, and Xbox One is the key here. Fortunately, you don't have to spend hours online searching for Watch Dogs 2 eBay Watch Dogs 2 Argos special offers, Watch Dogs 2 Amazon bargain deals, and price drops on all reputable online stores in the UK.

Our massive community of bargain hunters regularly share verified discounts, promos, and voucher codes from The Game Collection, Simply Games, CEX, 365Games, Curry’s PC World, and from other reputable shops across the country. We also have a team of money-saving experts who always share essential tips and tricks on how you can get everyday low prices on Watch Dogs 2 G2A, Xbox One Watch Dogs or Watch Dogs 3 when shopping both online and instore.

Getting additional money off with the help of Latest Deals is easy. You can maximise your savings by simply using the latest Watch Dogs 2 discount code of your choice upon check out. There are also voucher codes that can provide you with free shipping and gifts.