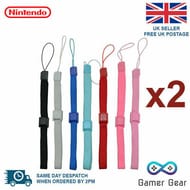 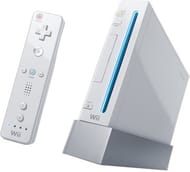 You can get this Wii Console White Discounted at a great price of £30 with Standard Delivery of £30.00. Featuring a compact design that makes it a natural addition to any...
CEX deals
£30

You can get this Starfox Zero Wii U New & Sealed at a great price of £6.99 with Free Delivery. Developed in partnership with Platinum Games Fox McCloud, Slippy, Peppy, Falco...
ebay deals
£6.99 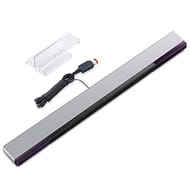 You can get this KIMILAR Wii Sensor Bar reduced from £6.99 to £3.24 with this discount code ZUY4HQY5. Replacement Wired infrared sensor bar compatible with Nintendo Wii and Wii U...
Amazon deals
£3.24£6.99 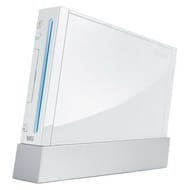 Take £4 off buy clicking promotion Good - This product will show signs of wear and tear the item has been fully tested, restored to factory settings and is in excellent...
ebay deals
£15.99£19.99 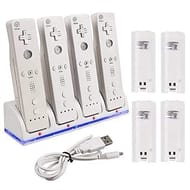 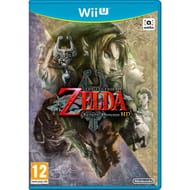 The Legend of Zelda: Twilight Princess HD Wii U - Game Code; A dark figure from the Twilight Realm has invaded the world of light. As Link a farmhand turned cursed beast, you'll...
CDKeys deals
£36.99£39.99

amiibo are a series of character toys that interact with games on the Nintendo Wii U and 3DS When an amiibo is placed on the GamePad a New 3DS console or the NFC Reader,...
Amazon deals
£5.87 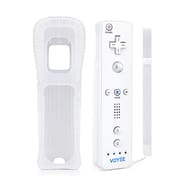 You can get this Runbow - Wii U Game reduced from £10.99 to £2.19. Sprint through vibrant levels where platforms and obstacles appear and disappear as the background colour...
Nintendo deals
£2.19£10.99 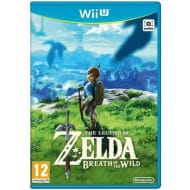 The Legend of Zelda: Breath of the Wild (Nintendo Wii U) (Used)

Should be cheaper for used and being last-gen but all things considered, this is still a great price. This version is almost identical to the Switch one and far more affordable....
Music Magpie deals
£22.89£28

https://m.youtube.com/watch?v=7ZyerryUkoc It has been cheaper before but now if you want a new copy this is apparently the lowest I've come across....
365games deals
£21.51£23.90 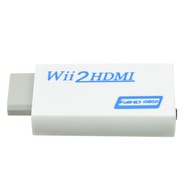 A better way of playing Wii on an HDTV and with improved video quality over composite. https://youtu.be/vMm7Yk8CmJI...
ebay deals
£2.95

If you still have a Wii U and want to play games with a traditional controller this is the one to get. The right top analog is a bit weird, but that aside a stunning controller....
Cashconverters deals
£25.65 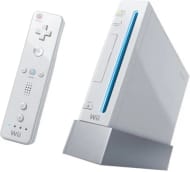 Seems a good price for the Nintendo wii console it's pre - owned but does come with a 2 year warranty . What's included The Wii Sensor Bar Power Cable and Brick AV cable (with...
CEX deals
£25 Use this voucher code YL9HVEGF to enjoy discount of 19% OFF. The Wii Adapter converts all Wii output modes to HDMI. binds the audio signal into HDMI + output parallel via 3.5 mm...
Amazon deals
£10.49£12.99

Use the Wii Speak and it's like everyone is in the same room. The microphone sits on the sensor bar and will pick up the conversations going on in the room encouraging a more...
Zavvi deals
£10.99£49.99 Product Description Experience a brand new kind of Mario Tennis where you can return even really high balls either by unleashing the new jump shot to reach for a ball going high...
Amazon deals
£7.61

Use the Wii Speak and it's like everyone is in the same room. The microphone sits on the sensor bar and will pick up the conversations going on in the room encouraging a more...
Zavvi deals
£10.99£49.99 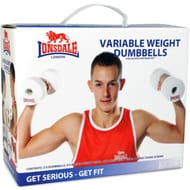 Whether you are young or old male or female, new to the world of keep fit or a veteran of those gruelling training sessions in the gym, the Lonsdale Variable Weight Dumbbells...
Zavvi deals
£4.49£19.99 The biggest Zelda adventure yet with an open-air style that breaks boundaries while honouring the origins of the acclaimed series. Explore a world of unprecedented size and...
Argos deals
£24.99 Legend of Zelda: Breath of the Wild Wii U Game

The biggest Zelda adventure yet with an open-air style that breaks boundaries while honouring the origins of the acclaimed series. Explore a world of unprecedented size and...
Argos deals
£26.99£29.99

Invited to Princess Peach's castle Mario discovers that she has once again been kidnapped by Bowser and his minions. However, something has changed... This time the adventure is...
Nintendo deals
£8.99 *Prices correct as displayed but are subject to change. The customer and brand answers youll see above are submitted independently. As we dont review these answers we cant take...
Argos deals
£29.99£45

The Legend of Zelda: Breath of the Wild (Nintendo Wii U)

The Legend of Zelda: Breath of the Wild (Nintendo Wii U) More than 100 Shrines of Trials to discover and explore Be prepared and properly equipped amiibo compatibility...
Amazon deals
£29.99 The biggest Zelda adventure yet with an open-air style that breaks boundaries while honouring the origins of the acclaimed series. Explore a world of unprecedented size and...
Argos deals
£29.99£34.99 Legend of Zelda: Breath of the Wild Wii U Gameby Zelda

The biggest Zelda adventure yet with an open-air style that breaks boundaries while honouring the origins of the acclaimed series. Explore a world of unprecedented size and...
Argos deals
£44.99

Nintendo Land is a mini-game compilation specifically for play on Nintendo's Wii U game console (sold separately). The compilation releases concurrently with the Wii U console...
CDKeys deals
FREE£24.99

Here you will find all the best Wii deals found by our video gaming community. Save money on the Nintendo Wii U, Wii Mini and more. If you're looking for pre-owned games, Zelda or Guitar Hero, you'll find all the best price reductions and special offers here. You may specifically be interested in a Wii Console or a Wii Controller. Plus, take a look at our deals for Nintendo.

Wii vs Wii U

The Wii is a seventh generation video game console released by the Japanese video game company Nintendo in 2006 and a worthy successor to its previous console, GameCube. It managed to generate a great deal of love and nostalgia for what it did with the Wii, which was then touted as the future of gaming. It’s Nintendo’s one of the best selling consoles of all time which even managed to surpass the sales of Microsoft’s Xbox 360.

With Wii, Nintendo took gaming to the next level thanks to its interactive remote called WiiMote that can be attached to a joystick or other input devices, and some great attachments such as Wii Wheel and Nunchuk which allow more freedom with your hands. It also features the motion sensing technology for an interactive gaming experience which allows players to control the game by physical swings, gestures, and swipes. The remote keys into a wireless sensor which is attached to the console so that to track movements of the device rather than button presses. It also has built-in WiFi so that you could connect to one of Nintendo’s special servers to enjoy playing with other Wii players. The Wii games are even more addictive offering options for all ages and abilities.

The Wii U, on the other hand, is the next-generation video game console and a worthy successor to the Wii released in 2012. It was the first eighth generation game console released by the company and is a significant upgrade to the Wii.

One look it and you can see it’s definitely the longest game console yet, which is definitely one of the major changes in the Wii U. Apart from the noticeable changes, it also incorporates some major upgrades such as the HD graphics support, additional USB 2.0 ports, and the Wii U GamePad, which incorporates a 6.2-inch LCD touchscreen, two analog sticks, a front-facing camera, motion control, stereo speakers, and whatnot.

The GamePad is definitely the selling point of the Wii U and let’s not forget, it is an HD console. To take on its potential rivals Microsoft Xbox 360 and Sony PlayStation 3, Nintendo includes an HDMI cable with the console right out of the box.

There are plenty of ways to save on your purchases online. Most online UK shops such as Amazon , Argos, Tesco, and Curry’s PC World have regular sales, seasonal clearance, and flash sales where you can get up to 60% off on a wide array of Nintendo Wii console. There are even retailers that have 3 for 2 and 2 for 1 offers on select cheap Wii games.

Also, the best time to get huge savings is during Black Friday, Cyber Monday, and Boxing Day where an extensive selection of Wii accessories and controllers from your favourite UK retailers are reduced to clear.

Knowing when and where to look for the lowest possible price of Wii console only and console bundle deals the key here. Fortunately, you don't have to spend hours online searching for special offers, bargain deals, and price drops on Nintendo Wii White console boxed, Nintendo Wii Mario Kart, and Wii U.

Our massive community of bargain hunters regularly share verified Nintendo Wii eBay discounts, Nintendo Wii Amazon promos, as well as voucher codes Game, CEX, eBay, The Game Collection, and from other reputable shops across the country. We also have a team of money-saving experts who always share essential tips and tricks on how you can get everyday low prices on cheap gaming consoles when shopping both online and instore.

Getting additional money off with the help of Latest Deals is easy. You can maximise your savings by simply using the latest Wii discount code of your choice upon check out. There are also voucher codes that can provide you with free shipping and gifts.