Haagen-Dazs Gelato Ice Cream. The perfect treat just a little lighter so that you can enjoy ice cream every day. Our Haagen-Dazs gelato, like in traditional Italian gelaterias,...
Morrisons deals
£2.50£5 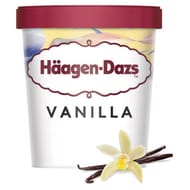 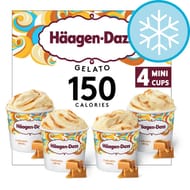 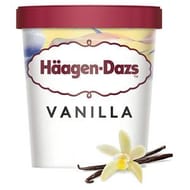 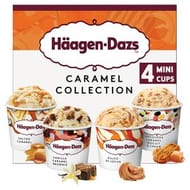 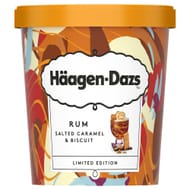 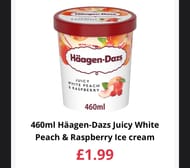 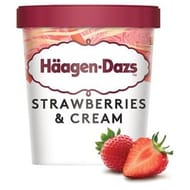 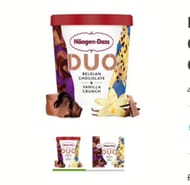 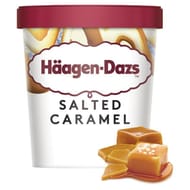 Expired
In store only
70% off 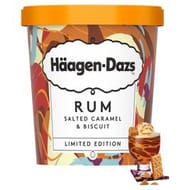 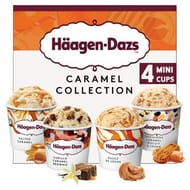 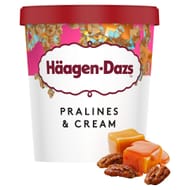 Haagen Dazs makes the delicious ice cream products that you will surely love. You can check limited offers from various sellers and get a discounted rate for your purchases. You can get voucher codes to use get access to great selections of Haagen Dazs flavours. Whether you are looking for any kind of Haagen Dazs product, there are a variety of choices await you from reputable sellers. Choose from a wide variety of flavours and ge big discounts at Tesco, ASDA, and other UK sellers. Get quality Haagen Dazs products with just a few clicks.

Come Get Us: Haagen Dazs History

Häagen-Dazs is a frozen yogurt organisation established in 1961 by Reuben and Rose Mattus, two Jewish-Polish migrants, in the Bronx, New York. Beginning with just selling three flavours; vanilla, chocolate, and espresso, the two opened their first retail location in Brooklyn, New York, on November 15, 1976. Afterward, with incredible achievement, the company offered establishments all through 55 nations, including the majority of the perpetual individuals from the Security Council of the United Nations.

In 1980, Häagen-Dazs endeavoured to sue Frusen Glädjé, a dessert creator, whose name without the intensifying punctuation is Swedish for "solidified enjoyment". Why they did as such is obscure. Häagen-Dazs was purchased by Pillsbury in 1983, the last later on being purchased by General Mills. In the United States, Häagen-Dazs is authorised to the Nestlé backup Dreyer's, which achieved the rights through the General Mills-Pillsbury bargain.

What’s in a Name?

The name Häagen-Dazs is not from any North-Germanic dialects. Truth be told, it is intended to look like Scandinavian to Americans, in spite of the way that such letter blends as "äa" and "zs" don't exist in Scandinavian. In Dutch, twofold vowels are normal. However the specific mix of "äa" is once in a while utilized. Häagen is straightforwardly converted into "of the Hague" in Dutch.

The "Dazs" some part of the name, regardless, does not exist in any lingos except for Hungarian. Reuben Mattus' girl, Doris Hurley, uncovered that her dad invested energy at their kitchen table for quite a long time. He articulated out loud outlandish words until he thought of a blend of two words that he enjoyed. The purpose behind the name being on the grounds that Mattus needed the name to be interesting and unique.

How Haagen-Dazs got its start

Despite its foreign-looking name, Haagen-Dazs was the brainchild of a young entrepreneur who grew up selling ice cream in New York.

There are plenty of ways to save on your purchases online. Most online UK shops such as Amazon, Tesco, eBay ,and Sainsbury’s have regular sales, seasonal clearance, and flash sales where you can get up to 50% off on a wide array of ice cream Haagen Dazs. There are even retailers that have 3 for 2 and 2 for 1 offers on select items. Also, the best time to get huge savings is during Black Friday, Cyber Monday, and Boxing Day where an extensive selection of Haagen Dazs flavours like Haagen Dazs Salted Caramel , Cookies and Cream, and Strawberry Cheesecake from your favourite UK retailers are reduced to clear.

Knowing when and where to look for the lowest possible price on Haagen Dazs ice cream is the key here. Fortunately, you don't have to spend hours online searching for Haagen Dazs London special offers, bargain deals, and price drops on Haagen Dazs mini cups, Haagen Dazs halal, and more. Our massive community of bargain hunters regularly share verified discounts, promos, and voucher codes from ASDA, Morrisons, Costco, Aldi, Lidl, and from other reputable shops across the country. We also have a team of money-saving experts who always share essential tips and tricks on how you can get every day low prices on Haagen Dazs Baileys or Pralines and Cream when shopping both online and instore.

Getting additional money off with the help of Latest Deals is easy. You can maximise your savings by simply using the latest Haagen Dazs discount code of your choice upon check out. There are also voucher codes that can provide you with free shipping and gifts.